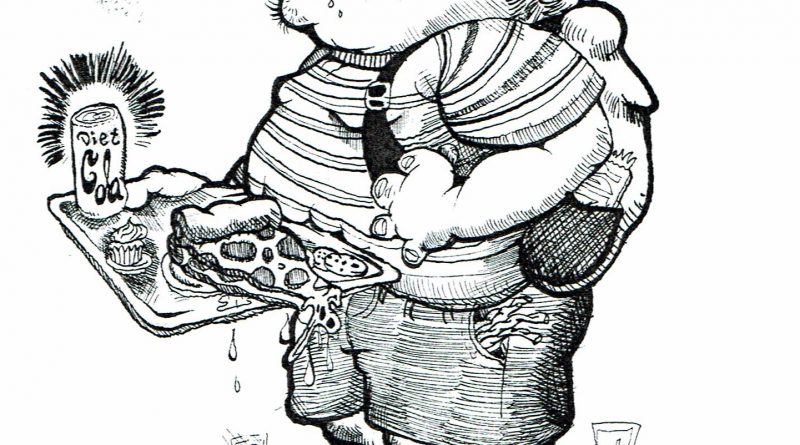 By 2030, nearly 16.9 million children in the United States will suffer from obesity, according to the World Obesity Federation.

This means that 16.9 million children — 4 million more people than the entire population of our state — will risk diabetes, heart disease, and other maladies associated with obesity. The chronic disease risks children’s physical and mental health. As obesity rates tripled in the past two decades, the nation witnessed a series of school-integrated efforts to reduce them, such as former First Lady Michelle Obama’s Healthy, Hunger-Free Kids Act and weight screenings. While these campaigns increased awareness and improved children’s lifestyles, obesity still remains a prominent and increasing issue throughout U.S. schools and homes.

So what’s wrong? Are these interventions enough to solve the problem? Although East Penn School District has stomached hefty criticism over past decisions regarding student weight, EPSD continues to improve the students, faculty, and staff meal choices each year.

Ever since the infamous ‘fat letters’ that informed parents of their child’s BMI through school evaluations received criticism in the early 2000s, the EPSD has managed to find a way to promote a healthy lifestyle in school cafeterias that doesn’t compromise the feelings of a student or guardian. The East Penn School District has implemented the United States Department of Agriculture’s Smart Snacks initiative in the cafeteria since its launch in 2014, promoting healthier meal, snack, and beverage choices. These Obama-era regulations promoting healthy school lunches are still applied by the district, even though the past regulations were minimized by the Trump administration.

Students are still required to purchase a vegetable or fruit in order to qualify for a standard-priced meal (secondary student meals are $2.50; elementary are $2.40), or a reduced price lunch, 40 cents, if applicable. Including these necessary fruits and veggies for a discount may serve as an inconvenience to students with tiny appetites, yet the prime victim of the obesity issue tends to come from predominantly lower income households. So is the “bigger” meal really that problematic?

When looking at the socio-economic causes, it’s the children who suffer from the burden of poverty that suffer weight problems. The American Healthcare Administration found in a 2010 study that U.S. counties with poverty rates higher than 35 percent have obesity rates that are 145 percent higher than wealthier areas. Harvard University conducted a study in 2015 that found a healthy diet costs $1.50 more per day than an unhealthy diet. And while money is not the end-all be-all of maintaining a moderate diet, finances certainly play a large factor in students weight and cumulative health. Thousands of students across the nation, including 25 percent of the EHS student body, according to East Penn’s Office of Student Services, rely on a free and reduced school lunch or breakfast. The importance of having a school that is able to provide its student body with healthy options is essential to combat this obesity crisis, and the students of EHS are fortunate to have a district that takes as many steps toward their communities well-being as possible. No matter how you slice it, the EPSD has found a way to make the school cafeteria a healthier place to purchase affordable meals.

Not only has the cafeteria been renovated to promote healthy habits, but differences all around the campus can be seen. In the summer of 2018, EHS installed water bottle refill stations as a way to not only cut on plastic use, but encourage the student body to drink more water throughout the day.

Focusing on the nutrition of the children of America and, more importantly, of EHS students is crucial while the nation’s youth continues to pack on the pounds. 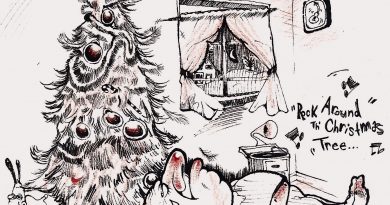