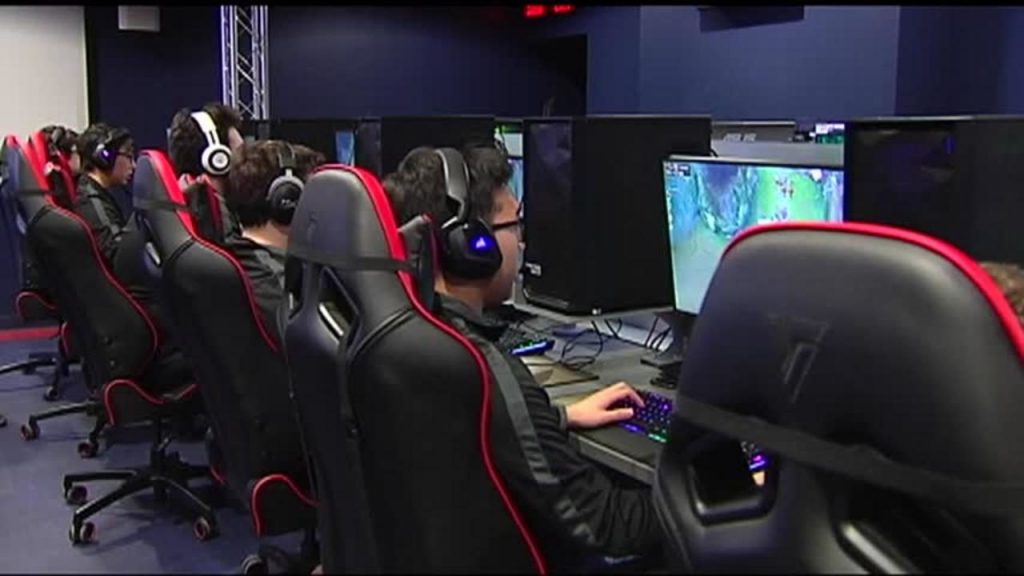 As the digital age prevails, technology continues to infiltrate various aspects of day-to-day life. Sports are no different.

Esports dominates the online world, where popular streaming services such as Twitch and YouTube Gaming rake in millions of views per day, according to Business for Apps. The most popular streamers can make millions of dollars annually; Tyler Blevins, known by his internet name Ninja, earned nearly $10 million in 2018, according to The Independent.

ESPN reported that 128 colleges and universities have adopted it as a varsity sport since its introduction to the collegiate world in 2014. The number is only growing, even in the greater Lehigh Valley area.

Specifically, Desales University in Center Valley recently added a first-class gaming arena for students to compete with other gamers and be recognized for their skills. Desales is now a member of both the National Association of Collegiate Esports (NACE) and the Eastern College Athletic Conference’s (ECAC) Intercollegiate Esports competitions.

The idea sparks controversy among sports fans. In fact, a recent Twitter poll conducted by The Stinger showed that 64 percent of respondents believed esports are not a sport, although 78 percent of people do not play esports.

At the collegiate level, the new sport will include everything that other varsity sports at Desales do: a schedule, roster, practices, and even opportunities for high school students to get recruited.

“It was born out of an idea in our student life committee a few years ago,” Coval said. “And we did some research on it and there were a few schools in the [Pennsylvania] area that offered it and we decided to go for it. We thought it was something that is going to grow in the future.”

Although Desales was one of the first universities in the Mid-Atlantic Conference to implement an esports program, Coval noticed how many schools are now following their lead and beginning a program.

“There is a huge following for it and as you may or may not know, and it is really catching on with a lot of different schools,” Coval said. “In our conference (we are in the Mid-Atlantic Conference) there are 18 schools. When we started it, there were only two schools that offered it, which would be Lebanon Valley and Stevenson. But now there is probably about half the schools that will be offering esports as a varsity sport. So it is really something that is growing fast and we really wanted to get in early on it and be on the cutting edge of esports.”

While video gaming is an unconventional sport, Coval said that the team functions much like any other varsity sport team would.

“We have a program director and under the program director, we have numerous coaches and we practice just like a varsity team…and we compete,” Coval said. “The difference with esports is that you really don’t have to travel to compete.”

Coval raved about Desales’ brand new state-of-the-art esports arena, which provides players with high tech computers, monitors, and chairs to enhance their gaming experience. He hopes that this new arena will draw high schoolers’ interest in attending Desales and competing with the esports team.

Just as high schoolers are recruited for conventional collegiate athletics, esports functions in the same manner. However, it will take a few recruiting cycles for their esports team to grow from their current size of 10 players to their eventual goal of having a team composed of 20 to 25 players.

Relatively few high schools in the greater Lehigh Valley area have developed and established esports into their plethora of clubs and activities. Although Emmaus High School does not currently offer a competitive esports team or club, Athletic Director Rebecca George believes that anything is possible if students have an interest.

“I think the best shot here and right now currently for the state of [Pennsylvania] is for it to start and be a club,” George said. “We have a lot of clubs that go and compete. This would be no different….It is definitely growing momentum.”

While the Pennsylvania Interscholastic Athletic Association (PIAA) is uninterested in adopting esports as a competitive sport, this would not barr students from creating an esports club that still competes as any other athletic team would.

“PIAA does not oversee the clubs so it would not prevent those competitions from still happening,” George said. “Anything the kids are interested in, [the EHS staff] want[s] to help you out.”

Coval is optimistic about the future of esports in both college and high school settings.

“I think it is only gonna grow,” Coval said. “I mean, I am new to this as an athletic director because we just started the program but the way this has taken off over the last couple years and the fact that more colleges are gonna offer this, I’d be shocked if it does not eventually filter down to high school. Kids play video games. There’s a lot of kids playing video games right now and I think it is only going to continue to grow.”