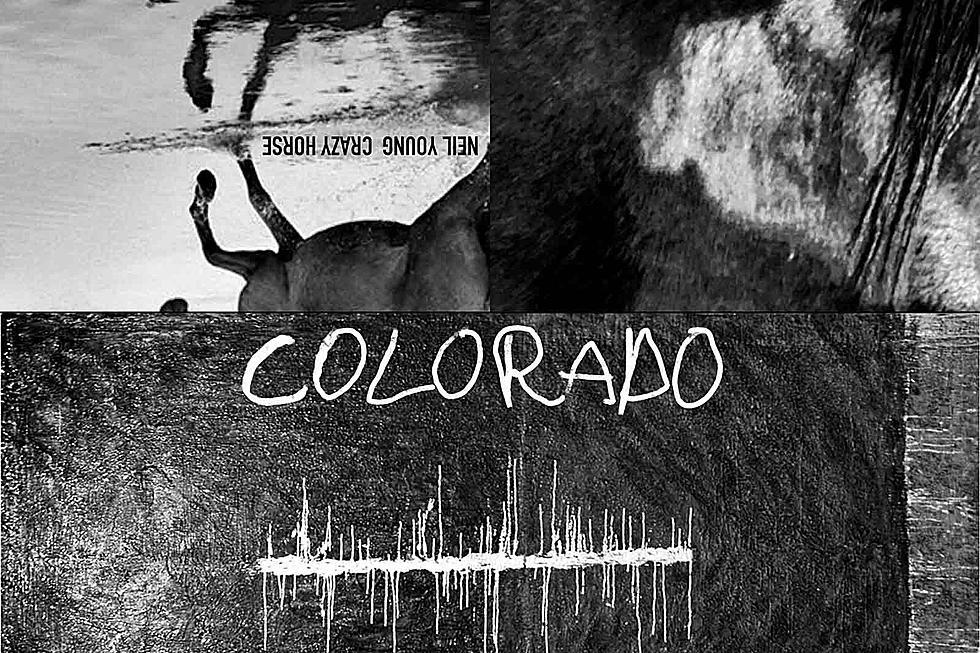 After seven long years, Neil Young and Crazy Horse have reunited once again in collaboration to produce Colorado. Recorded 9,000 feet above sea-level at the Studio in the Clouds in Telluride Colorado, the album is Young’s 39th studio record. With bassist Billy Talbot, drummer Ralph Molina, rhythm guitarist and pianist Nils Lofgren, and (of course) lead guitarist and vocalist Neil Young, Colorado stands as one of Young’s most impressive albums since the mid-Nineties. Its genius lyricism and balanced tracklist offers something for all listeners.

Colorado hits the ground running with “Think of Me.” The song opens with Young’s distinct blues harmonica which can seem a bit overpowering for casual listeners. However, its lyrics and backing vocals quickly redeem the track as Young pays tribute to his Canadian roots. Although the song is fairly one-dimensional, it provides listeners with reassurance that Young’s voice still has the iconic country-esque ring that fans have loved since Young’s first standalone album, Harvest.

“She Showed Me Love” is Colorado’s second and longest song at thirteen minutes and 37 seconds. In typical Young and Crazy Horse style, the track is a free-flowing work with solo guitar breaks between some sparsely spoken lyrics. The song embodies Young’s love for the Earth and climate activism. He acknowledges that he’s “just an old white guy” who’s “a few bricks short of a load,” yet the song proceeds to commend youth climate activism and the power of mother nature. The track is rough, long, and messy which stands in line with Crazy Horse’s roots as a California Garage band. As such, “She Showed Me Love” is certainly an authentic cut; however, compared to some of their most famous jams over the years, it doesn’t really shine through as one of their best.

“Olden Days” offers a great balance between beautiful lyricism, tempered guitar solos, and a fitting piano backing. Interestingly, Young’s vocal and piano part was originally recorded from one of his solo concerts in the winter of 2019. This was one of the first times the band played on top of a pre-existing recording; however, listeners would never know as the parts blend seamlessly together. Young and Crazy Horse embrace the song’s upbeat sound and excitement. In fact, during production, Young opted to incorporate a last-minute tambourine part to make “Olden Days” resemble, in his own words, a “proud pop song.”

Fourth on the track listing is “Help Me Lose My Mind.” Like something out of Zuma (1975) or Ragged Glory (1990), the song rings with impassioned Young and Crazy Horse power. It has a grunge-like feel with a driving guitar part. “Help Me Lose My Mind” is not the top choice for the average listener but has been very well received by veteran fans for its classic Crazy Horse vibes. Throughout the song, Young’s vocals are loose and almost spoken. The chorus, “Won’t someone help me lose my mind,” is backed by vocals from bassist Billy Talbot whose voice has stood the test of time. While this song can be a bit overwhelming for some, it truly finds its groove in balancing out Colorado as a whole.

“Green Is Blue” offers a beautifully depressing view on the fate of Earth and the natural world. The lyrics are written from a future perspective in which the climate has faced irreparable damage. The subtle piano accompaniment provides a tasteful backdrop for the description of a divided world, natural disasters, and the death of plaintive wildlife. The original lyrics and acoustic piano part were recorded at Young’s Winnipeg solo show in February of 2019. All other parts — including guitar, bass, drums, and (perfectly placed) vibraphone — were recorded over the original by Young and Crazy Horse while at the Colorado studio. “Green Is Blue” could be one of the best songs of Colorado as it makes a powerful statement in the form of a beautiful ballad.

Released two months early as a single,  “Milky Way” features solid electric guitar and powerful yet strange chorus. Lyrics such as “I went sailing through the Milky Way losing track of memories” and “There’s a mermaid in the Milky Way with an ocean liner” seem to be a product of either deep introspection or a vivid fever dream. Nonetheless, the song keeps a laidback and minimalist style that makes for an easy listen. “Milky Way” has been a fan favorite at live performances since it’s debut, but its skillful execution certainly makes it one of the “coolest” songs of Colorado.

Also a single, “Rainbow of Colors” seems to balance protest and unity as it advocates for diversity in the United States. The song opens with its chorus: “There’s a rainbow of colors in the old USA. No one’s gonna whitewash those colors away.” Compared to Young’s past albums such as The Monsanto Years (2015) and The Visitor (2017), “Rainbow of Colors” is more tasteful with its political punch. Its message (and criticism of President Trump) is clear, yet the lyrics seem to be very real. “Rainbow of Colors” is certainly catchy even if it is a bit forced at times.

Young is undoubtedly an artist who has stood the test of time. From playing in Buffalo Springfield in the late sixties all the way up to the present day, he has serenaded listeners with what is arguably, the perfect blend of musical prowess and lyrical genius. Colorado not only reaffirms these themes in Young’s music, but also perfectly captures a beautiful reunion between the musician and Crazy Horse, a duo which has been producing music together for nearly half a century. Truly, if nothing else, Colorado speaks to rock’s endurance and fortitude as a genre, and similarly, to Neil Young’s enduring aura as one of the greatest musicians of the 20th, and maybe now, 21st century.