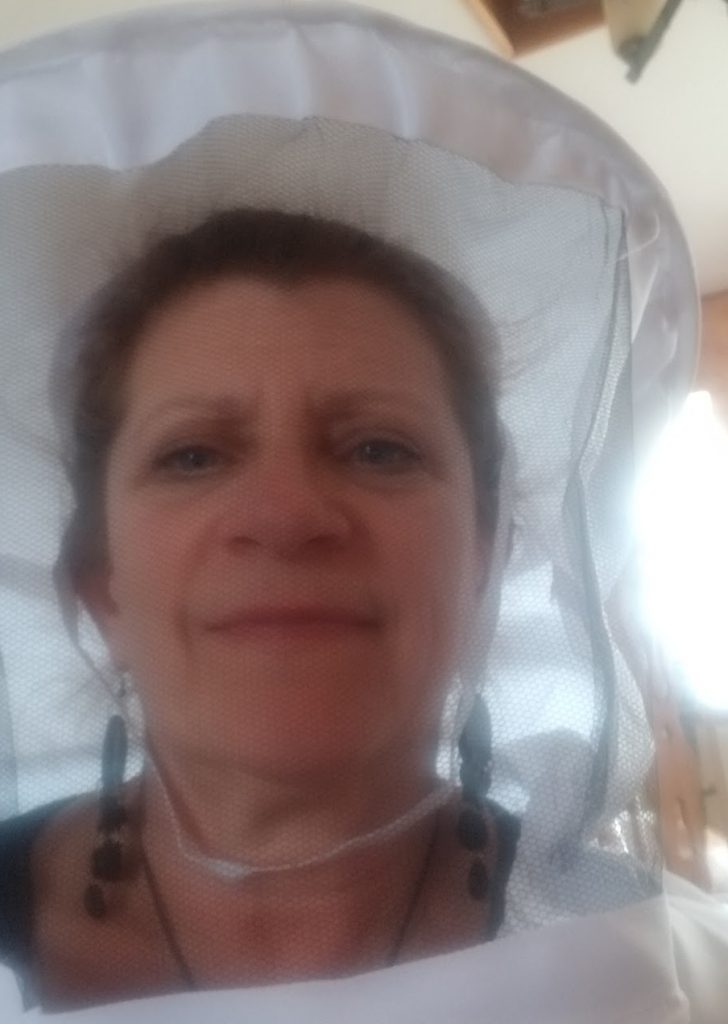 Lisa Caruso wears a beekeeping suit to protect herself while monitoring her colony. Photo courtesy of Caruso.

Taking up a large assortment of outdoor hobbies such as biking and gardening, ceramics teacher Lisa Caruso holds an affinity for the environment, which lead her to begin beekeeping at her home.

Caruso first adopted beekeeping in college at the Indiana University of Pennsylvania, where she decided to work as a part of her university’s farm. Within the farm, people were needed to take care of existing hives, so she stepped up to the role and began beekeeping for the first time. After graduating college, Caruso rekindled her love for beekeeping amid the current downfall of the species, now owning three hives and calling herself a “bee advocate.”

“Of course, like all you hear now [deals] with the bee collapse, and the colony collapses, and so many problems with bees and how it could be detrimental to our health worldwide,” Caruso says.

“Definitely in our country we’re having such a big problem with bees,” she says, “so it’s pretty cool to do something that would help.”

As a relatively inexperienced beekeeper, Caruso sought guidance in the upkeep of her new hives. So, she became a part of the Lehigh Valley Beekeepers Association and the Pennsylvania State Beekeepers Association. Through these programs Caruso was given a mentor, who taught her tips and tricks on how to take care of the bees.

With all of the tools to successfully raise them, Caruso shared her knowledge with her family, involving them in the process as well.

“Well, my husband is allergic, however, he helped me de-sod this whole area [around the hive] and plant wildflowers in it for the hive,” Caruso says. “And then my son… every Sunday we would go out together into the hive, and now with the day so short, he hasn’t been around… he’ll help every once in a while.”

Numerous different components contribute to raising a successful hive, according to Caruso. The bees’ acceptance of the queen, regulation of the bees during winter months, as well as a defense against an invasive species of termites, all add up to a thriving hive for beekeepers. However for Caruso, the effort she pours into the bees is worth it.

“You can see all the evidence that she [the queen bee] is doing what she’s supposed to do… I was so excited when I first saw the eggs and larvae,” Caruso says. “Just knowing that everything is going as it should, and that you’re producing a healthy hive [is the best part].”