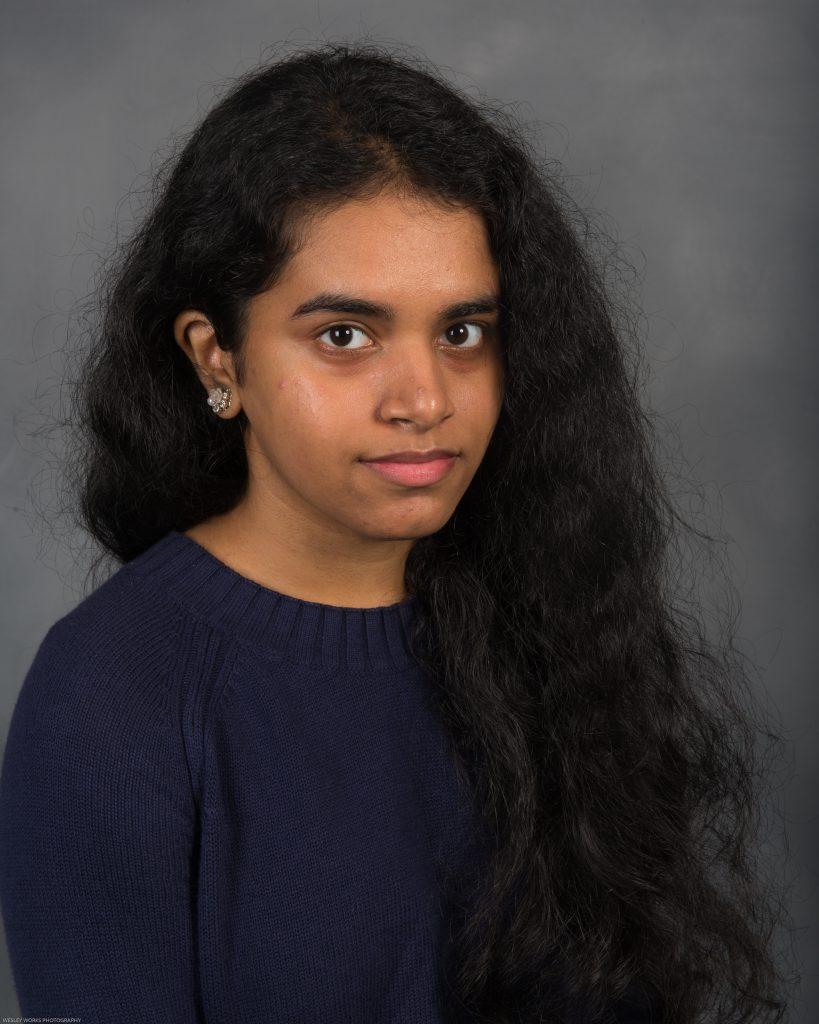 Shreya Sriamenini dedicated many of her high school hours to numerous clubs, especially the Debate and Academic Teams, which provided her a lot of growth and confidence as she looks forward to majoring in physics on a pre-med track at Johns Hopkins University this fall.

Sriramineni: Oh god. I would would say that I’ve become a lot more outspoken and confident, like at the start of high school I was just like this little shy individual and then like after getting involved in a bunch of [activities], just overloading my schedule to the point I could barely sleep at night, I was kind of just forced to talk to people, and actually learn valuable social skills which I previously did not have.

Stinger: What’s your fondest memory from either high school or your childhood?

Sriramineni: From my childhood I would say doing these mock debates in 7th grade and winning at them. They were about whether or not technology should be implemented into the classroom.

Stinger: What was your stance?

Sriramineni: I was pro. I was for it. Of course.

Stinger: And in high school?

Sriramineni: In high school, I would say sneaking in an Anime convention during an academic team field trip.

Stinger: I’m sorry, what? When?

Sriramineni: It was the Atlanta trip last year.

Sriramineni: It was really strange, like I could name most of the characters that I saw and that was something that disappointed me a bit.

Stinger: Did you talk to anyone?

Sriramineni: No, no. To be honest, I didn’t really want to. I went there for the spectacle more than the convention itself.

Stinger: Wow. Did you have a mentor in high school, and if so, who?

Sriramineni: Does this mentor have to be alive?

Sriramineni: Then it would be Dimitri Shostakovich, the famed Soviet composer.

Stinger: I should have expected this.

Sriramineni: But if it had to be someone living, then it would have to be Mr. Ohl and Mrs. Barthold, my Academic Team advisors. They’re just amazing teachers and even more amazing people.

Stinger: What clubs or sports were you involved in in high school?

Sriramineni: Okay, okay. I’ll try to list all of them. So there’s Debate Team, then Academic Team, Science Olympiad, Envirothon, Biology Olympiad Club, Orchestra, and I was in Model UN for a week. Oh, and I was somehow the vice president of Astronomy Club for a year despite having done nothing for the club.

Stinger: Other than the clubs, what will you miss most about high school?

Sriramineni: I would say the s’mores pastries in the cafeteria.

Sriramineni: I would say identifying the difference between an air freshener and a pencil sharpener because (there’s a story to this) I remember on the day of my SATs, I was so sleep deprived that I tried putting my pencil inside an air freshener.

Stinger: What scares you most about college?

Sriramineni: I would say spiders. I mean apart from my impending fear of failure and death, spiders are a close second.

Stinger: Is Johns Hopkins noted for its large arachnid population?

Sriramineni: In some dorms, yeah.

Stinger: How has the virus affected your college search or admissions process, if at all?

Sriramineni: It really didn’t. I mean honestly the virus has only taken a big toll on my work ethic. I mean, I’m sleeping for 13 hours a day.

Stinger: Do you have any plans for the summer?

Sriramineni: I was going to brush up on my math, if I’m being honest. No, I mean, really. I was doing math daily for like the past 15 years and now I’ve just stopped. It’s not good.

Stinger: What animal would you become for a day and why?

Sriramineni: I would become a Neanderthal. Or like any extinct hominid. I’ve heard that Neanderthal women, on average, were much stronger than modern day men. And it would just be interesting to see what that strength is like. Just having so much power, it’s something I’d like to experience, even if only for a day.