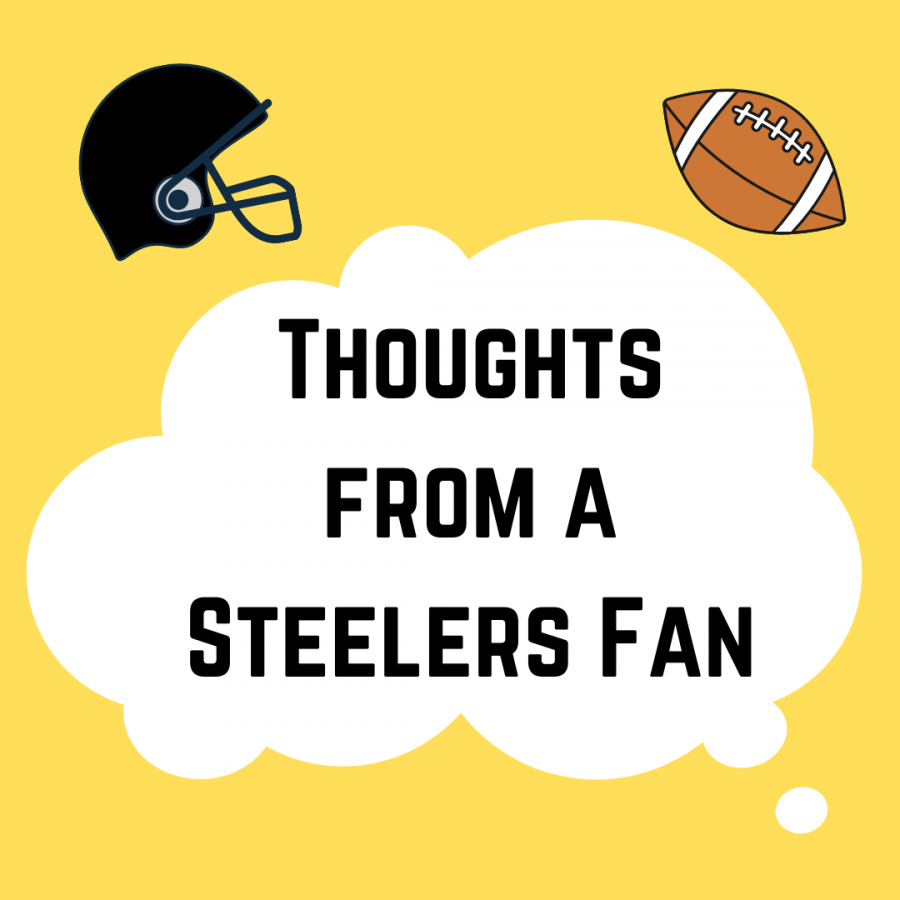 As someone who was born in Pittsburgh and has had a lifelong love for the Steelers that’s rooted back generations, disappointment is the only word that comes to mind when I think of my team after the incredibly painful ending to our 2020 season.

No, I like to think of it as the kind of disappointment a mother has with their kids when they do something wrong and she says, “I’m not mad. I’m just disappointed.”

The Pittsburgh Steelers: the seventh oldest franchise in the NFL, the first team to win four Super Bowls, the only team to win consecutive Super Bowls twice, and the winners of six total Super Bowls, according to the Professional Football Hall of Fame.

Despite the fact that the Men of Steel were once a force to be reckoned with, especially in their “dynasty years,” I was never lucky enough to witness that glory.

Sure, the Pittsburgh Steelers have had their moments in the spotlight over the last 14 years, but one of the things I know best is that you won’t find consistency in the playing of these football games. It doesn’t matter if we’re playing the best team in the league or if we’re playing the Cleveland Browns, the outcome of a Steelers game can never be predicted, especially to its fullest extent.

So, you may be wondering how the Pittsburgh Steelers go from the six-time winning Super Bowl champs to a team who lost their wildcard playoff game in an ugly battle against the Cleveland Browns this season.

Well, let me tell you: Ben Roethlisberger and Mike Tomlin.

Ben, or Big Ben as Steeler fans like to call him, is their 6-foot-5, 240-pound, 38-year-old quarterback. Despite the fact that he is still loved by many, if the Steelers want any chance at coming to even a 10th of their former glory, Big Ben has got to go.

Don’t get me wrong, Roethlisberger was once a great player. But with his lack of accuracy and ability to run the ball, especially in today’s day and age where the NFL is filled with young quarterbacks who have those abilities, Roethlisberger is just not going to cut it.

The once-great quarterback has decreased drastically, especially over the last five years.

This major drop in accuracy could be caused by many different factors, but either way, his throwing arm isn’t looking too good either.

Since his professional football career started in 2004, Roethlisberger has had a total of five injuries to his arms alone. These injuries ranged from finger dislocation all the way to a devastating elbow injury that took him out for most of the 2019 season.

It’s understandable that after these significant injuries, Roethlisberger wouldn’t be the same quarterback he used to be. The fact that he can’t see clearly enough to take himself off the field when he is very obviously struggling is the issue, and Tomlin doesn’t help with that.

Tomlin has been with the Steelers since he was signed on Jan. 22, 2007, and he has done great things for our team over the years.

The official Steelers website states that he was the youngest head coach in the history of the NFL to both coach and win a Super Bowl when the Steelers won against the Cardinals in only his second season of coaching.

“In his 13 years as head coach of the Steelers, Tomlin has led Pittsburgh to six AFC North titles, most recently in 2017, and has guided the Steelers to the playoffs eight times, including two trips to the Super Bowl (XLIII and XLV). Tomlin has won at least five home games in each of his first 13 years, including five at Heinz Field in 2019,” the team’s website states.

Beyond that, Tomlin also ranks among the NFL’s longest-tenured coaches after the end of the 2019 season.

This may all sound great, and don’t get me wrong, it most certainly is.

But, his days in the sun seem to be coming to an end as he often makes calls that are incredibly painful for fans to watch. Especially when it came down to the decision of leaving Big Ben on the field in our Jan. 10 game that ended our season.

I know that there are many other issues surrounding our struggle this season, especially with the bipolar playing of our wide receivers towards the end of the season.  When it all comes down to it though, no matter who is on our team and who isn’t, no matter who I think should stay and who should go, I will always be a Steelers girl at heart.

Lauren Riazzi is a Sports Contributor for the Stinger.