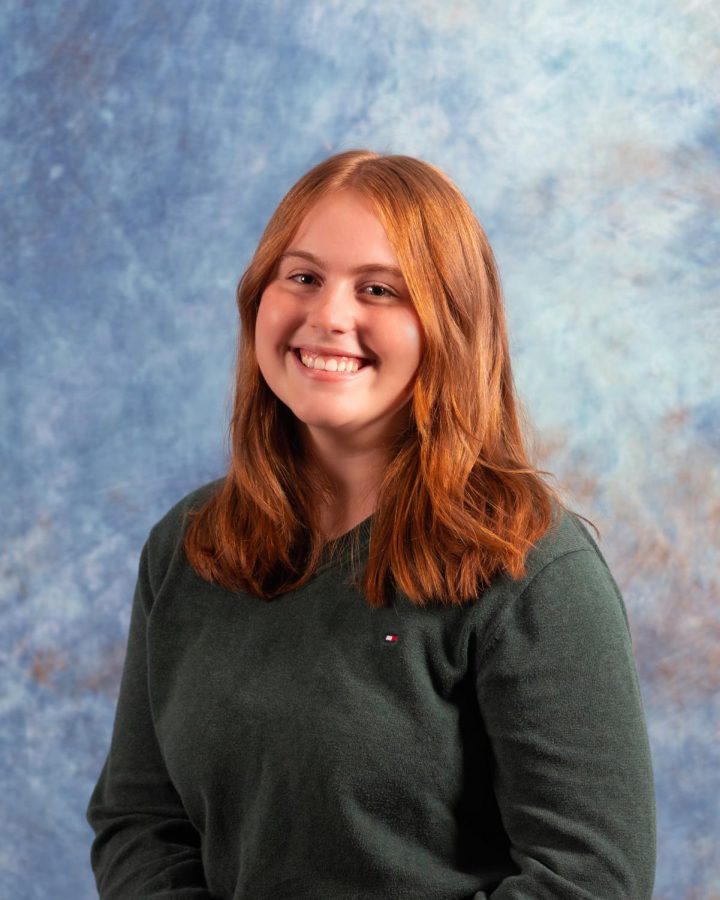 Kalin Mattern’s high school experience was full of laughs and memories that she’ll carry for years to come. She took on the role of being a clarinet section leader for Emmaus’ band while also being the co-head of the props crew for the spring musical. Apart from her leadership roles, she occasionally sat in on Astronomy club meetings and is an active member of Young Democrats. Outside of school, she participates as a Girl Scout.

In the fall, she will be attending Reed College in Portland, Oregon undecided in terms of major, but leaning toward environmental science, sociology, or anthropology. Unsure of what she wants to pursue as a career in the future, she hopes to travel abroad.

Stinger: What’s your favorite part about being in Young Democrats?

Mattern: There’s a lot of tension between Republicans and Democrats, the left and the right, and it’s nice to be able to talk to people who are somewhat like-minded, but everyone still has different opinions. We all share the same sentiments but you have different ways of approaching things so it’s nice to hear that. It’s a good way to hear about more opinions and it’s not to say I don’t like hearing Republicans’ side of things but sometimes it’s hard to have a real debate because there is that party line that’s separating the two. Everyone in the club falls at a different point on the political spectrum and so it’s nice to hear different opinions. There’s just less competition.

Mattern: As far as public schools go, I feel like Emmaus is really good at listening to their students, so I would say respected. Definitely welcomed. I’m still making new friends and it’s my senior year and I’m talking to people I never talked to before but have been in the same grade with so I feel welcomed by everyone. I guess engaged. I find myself getting really interested in my classes and so I’m engaged academically.

Stinger: Where do you see yourself in 10 years from now?

Mattern: Considering I don’t even know what I want to study, it’s a little hard to look that far forward. Hopefully I have a job and I hope to be traveling and I want to incorporate that into what I want to do. I want to be able to travel the world. I was thinking about maybe after college joining the Peace Corps. It would be nice to help people and gain new understandings of the world.

Stinger: Are you happy with the way your high school years went?

Mattern: Apart from this year and apart from the way coronavirus happened, I would say yes. There are things I wish I would have done differently, but where I’ve ended up, I’m happy. I could have studied harder freshman year and my grades have definitely gone up since then. There was room for improvement but overall, I’m happy with my high school experience.

Stinger: Are there any classes you wish you would have taken in high school?

Mattern: I wish I would have taken advantage of some of the dual enrollment courses especially psychology and sociology because they’re both really interesting to me. I wasn’t considering those as things I would be interested in before this year. We chose courses last year so it never crossed my mind, now here I am wishing I took those courses.

Stinger: If you could have traded places with a faculty or staff member who would it have been?

Mattern: I really like Mr. Ohl’s classroom and I would love to spend the whole day there. Maybe Mr. Harrington because he’s the band director and I spend more of my time in the band room anyway. Band has always been my favorite class so I would say Mr. Harrington.

Stinger: How did this year change you?

Mattern: My work ethic has definitely changed. I can’t tell if it’s gotten better or worse. Before the pandemic, I used to be uncomfortable being by myself or being alone. I would never walk to the grocery store by myself. I would always have to be with someone. Now that I’m spending so much time by myself, I’m a little more comfortable being alone. I’ve also learned how to better enjoy my time when I am with other people and learn how to savor that because it doesn’t come around as often anymore.

Stinger: What was your favorite class at Emmaus?

Mattern: Experience wise I would say band because it’s my most fun class and it has been consistently been that way. Academically speaking, I would say AP Lit or AP Gov. They were really interesting classes.

Stinger: Do you have any advice for underclassmen?

Mattern: Freshman year is really important and so you do have to dive into the deep end. Don’t be too nervous but you have to put in a lot of hard work. Also, make friends with your teachers. It makes classes a lot more fun and you can get better recommendation letters. Don’t procrastinate because it’ll get you in a large mess every time you do it. Also, just always try to enjoy what you’re learning even if it’s not the most interesting thing. You could at least try to relate it to something else in another class that is more interesting to you so it’ll make learning fun. In school, you should be learning to learn, to gain more knowledge, not just for the grades. Don’t stress yourself out over grades but take the time to enjoy the learning itself.