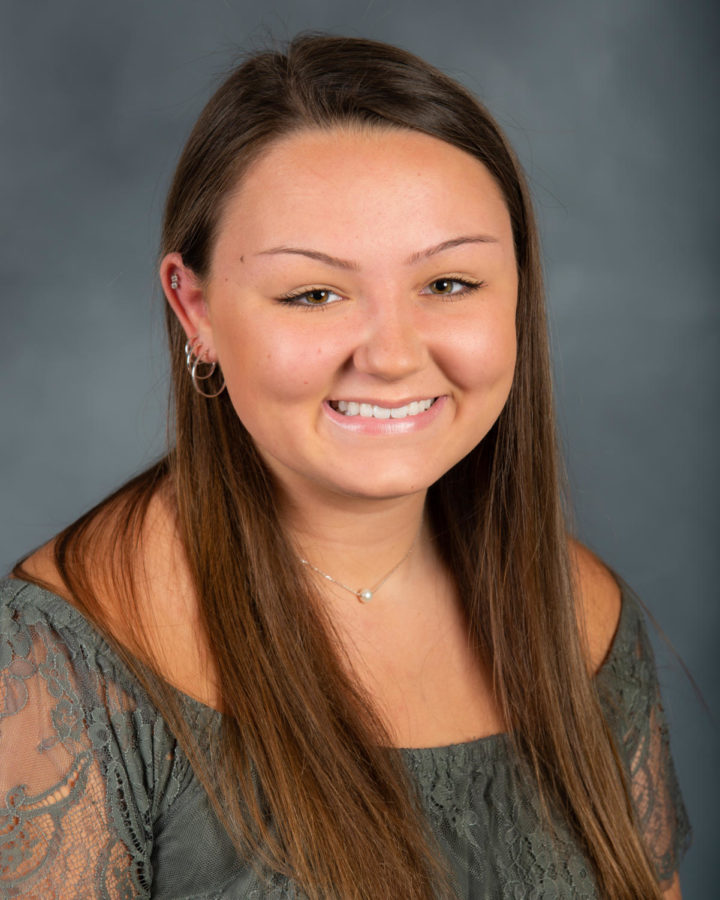 Johanna Lettera concludes her senior year the same way she has spent the rest of her high school career — as a warm, bright, and kind friend to all. An active member of Key Club, the National Honors Society, and the Youth Volunteer Council of the Lehigh Valley, Lettera strives to help people.

Lettera proudly follows in her mother’s footsteps by attending her alma mater, Marywood University, to obtain a master’s degree in physician assistant studies.

Stinger: What sparked your interest to become a physician’s assistant?

Lettera: I would say I’ve always been interested in healthcare professions, and I just liked the idea of that career. In general, I like the hours and the type of work that they do.

Stinger: How do you feel about going to your mom’s alma mater?

Lettera: I think it’s really cool. You don’t really hear a lot of people go to the same schools as their parents. So, I think it’s cool because she knows a lot about it already and she’s obviously really excited about it, too.

Stinger: How has being a Key Club officer affected you?

Lettera: Being an officer in Key Club has, like, changed the way I look at community service and extracurricular activities. I think it’s just more than just doing one activity a year. You really get to see what impact you’re making in the community and it just, like, made me think more about volunteering as a whole instead of just an activity.

Stinger: What teacher affected your high school experience the most?

Lettera: I would say Mrs. Wells. I had her for class, but also, she’s the Key Club advisor, so I spend a lot of time with her, like, outside of just class hours and she kind of just gave me a lot of life lessons that I would definitely use later on in life, and she just really showed her students that she cared about them, which I really liked.

Stinger: Who is your role model?

Lettera: My role model’s my mom. Definitely. I know people say that, but it’s true. I just look up to her. I just want to be like her.

Stinger: What was your favorite class over the past four years?

Lettera: My favorite class was Advanced Health. I really liked that class. It was a small class size; a lot of people don’t even know we have it. But, Mrs. Miller was the teacher and we got to do a lot of fun stuff and it didn’t seem like a class. We just sat there and there [were], like, 10 of us, and we just talked about random stuff, like obviously health things, but I really enjoyed that class.

Stinger: Could you describe your high school experience in three words?

Lettera: Friends, busy, and unexpected. I would say friends because, like, you meet your best friends in high school and those are the people that you’re most likely going to be with later on in life. And then the second one was busy, because there’s so much going on when you’re in high school. Four years is a long time; you do so many different activities, so many different clubs, you get jobs in high school, and then, obviously the school work’s hard, and then social things. And then the last one is unexpected, or I don’t know, crazy, because my last two years of high school were affected by COVID, obviously. So, that was really unexpected.

Stinger: How do you feel about the way your senior year played out?

Lettera: To be honest, I’m disappointed–to be completely honest. It’s really upsetting and sad, because you, like, wait your whole 12 years of school for senior year, and this year was just bad. It wasn’t good, you know? I’m not trying to be, like, bad about it, but I don’t think any of us really, any of the seniors, would have hoped for a year like this. We didn’t get to do much, if anything. But I just, I don’t think it went too well.

Stinger: Do you have any regrets?

Lettera: Yeah, definitely just doing more things. I regret, like, earlier on not doing stuff. I did a lot of sports freshman and sophomore year, and I kind of wish I delved back on that sooner so I could do more things that are going to be more relevant in my future. But, you know, I don’t regret too much about high school.

Stinger: Where do you see yourself in 10 years?

Lettera: In 10 years, I hope to be a physician assistant. That’s the goal. And, I don’t know, I just hope that I’m happy with what I’m doing. [It] doesn’t really matter, like, where I am but hopefully, it’s something I’m still interested in.

Stinger: What was the most valuable lesson you’ve learned over the past four years?