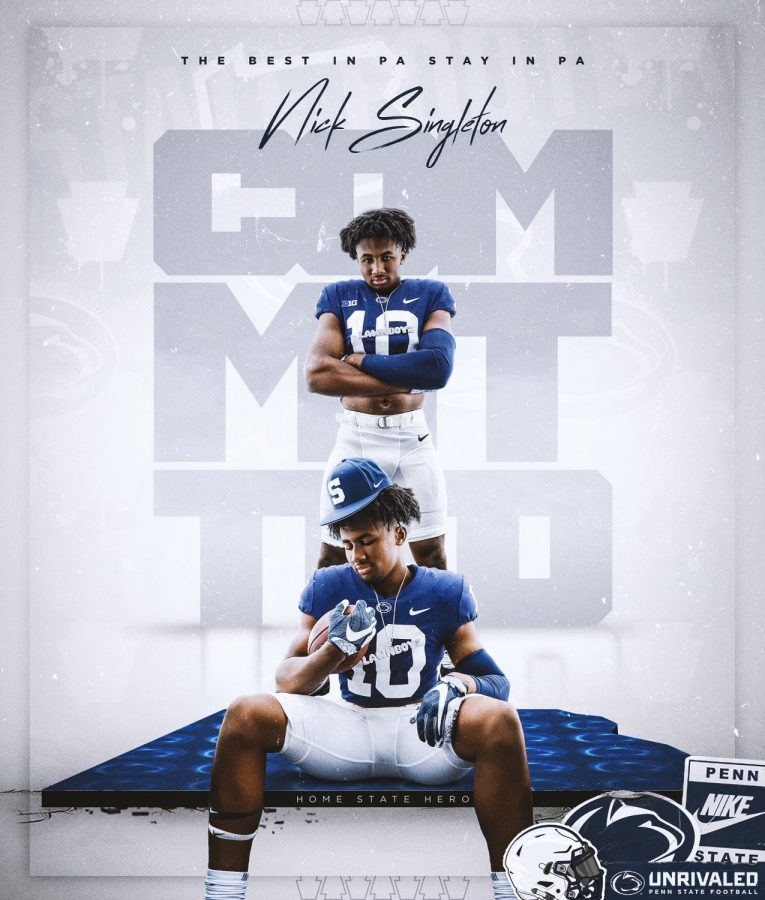 Nicholas Singleton, a four-star recruit out of Governor Mifflin High School, has officially committed to Penn State University over some of the best Division 1 football colleges in the nation.

This does not mean that Penn State isn’t one of the many college football powerhouses. It just means that these colleges are also a part of that group, so it is still a great choice.

The other four colleges Nicholas had narrowed it down to are all ranked highly. These colleges were No. 1 Alabama, No. 7 Texas A&M, No. 13 Notre Dame, and last but not least, No. 15 Wisconsin.

These were the preseason rankings of the 2021-2022 Associated Press college football poll. These rankings have changed throughout the regular season.

This might not look like the best decision on paper, showing every team’s rankings;  however, this probably was the best choice as Penn State is known for producing two major positions into the NFL: linebackers and running backs.

Coach James Franklin of Penn State has already produced two Penn State stars, Saquon Barkley and Miles Sanders, who are currently running backs in the NFL. Coach Franklin produced these monsters and many more NFL stars in only eight years. Penn State will be playing Villanova this Saturday at 12pm.