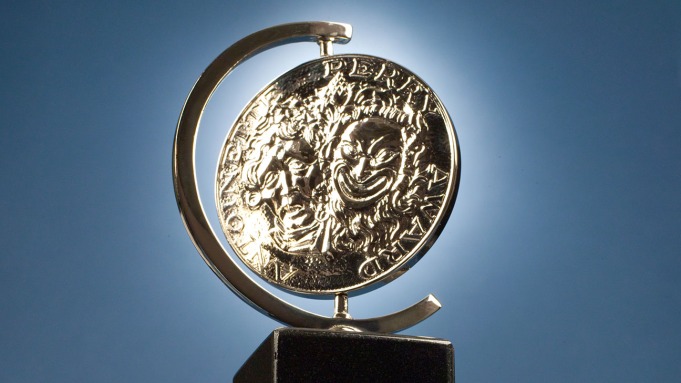 Broadway fans have been left in the dark for far too long due to closures from the pandemic, but now a single shred of light is hitting the stage: the Tony awards.

The 74th annual Tony Awards show on Sept. 26 is sluggishly following behind as theaters have started to bounce back and open their doors once again. Originally supposed to be held in 2020, the show is now tagged on to the tail end of 2021 in an attempt to honor the handful of productions that were even able to be nominated– which could be counted on one hand.

Another slap in the face to musical lovers this year? The venue. The show will take place in the Winter Garden Theatre, the previous home of the beloved “Beetlejuice,” whose run was cut short due to the pandemic. Unlike other shows, its departure was especially tragic, as “The Music Man” moved in right away, and the creepy-crawly spectacular never had a chance to say goodbye to the fans. So obviously, the venue that represents heartbreak for many theatre lovers is perfect to host the rest of the shows lucky enough to still be running. On the bright side, as of Sept. 13, the show is set to be brought back from the dead and will have another run at the Marriot Marquis theatre in April 2022.

Classic revivals will not be represented this year in any capacity, with absolutely no shows qualified for the category. Tried and true productions such as “West Side Story” and “Company” are speculated to be the frontrunners in the category next year, however. Another bare category is the “race” for best lead actor in a musical with a whopping one nominee. While I have no doubt Aaron Tveit would have dominated the category anyway, there is little joy in winning if there is no competition. Because of these unusual circumstances, voters this year will decide if Tveit is worthy of the award at all, rather than ask themselves who deserves it more. With a 60% vote in favor of his win, he could walk out with his first award under his first nomination.

Frankly, this show is going to be depressing.

I believe, no matter what, this year would pale in comparison to the previous ceremonies, which featured a lineup from the gods, with “Hadestown,” “Ain’t Too Proud,” “Beetlejuice,” and “The Prom.” At least producers realize this year is a mess, which is why they are splitting the show into two separate productions.

At 7:00, legend Audra McDonald will host the actual awards, but with a catch. The audience will have to wait extra long for the three most important awards, which will be revealed as a part of the second show, running from 9:00-11:00. I have high hopes for the hosts, as “Hamilton” star Leslie Odom Jr. will pull the second show, titled “Broadway’s Back!” It will feature performances by “Jagged Little Pill,” “Moulin Rouge! The Musical,” and “Tina: The Tina Turner Musical”– all nominees for Best Musical this year– in a concert-like fashion.

In recent months, the closest taste of musicals for fans has been on the big screen. In the Heights was a huge success, at least in my eyes, as it beautifully enhanced the original show by adding depth to Sonny and related to the ongoing issues with Dreamers under DACA. There have been less successful releases however. Come From Away was a proshot released exclusively on Apple TV, and Everybody’s Talking About Jaime is a movie adaptation on Amazon Prime and in select theatres. The dreaded release of Dear Evan Hansen is also upon us, as fans believe the musical has been butchered in the move to theatres.

The state of Broadway and its shows are not ideal by any means, but neither was being shut down in the first place. The Tony Awards this year serve as the final close to the pandemic’s hold on The Great White Way. As curtains go back up, fans just couldn’t be happier to see their favorite shows back and better than ever.