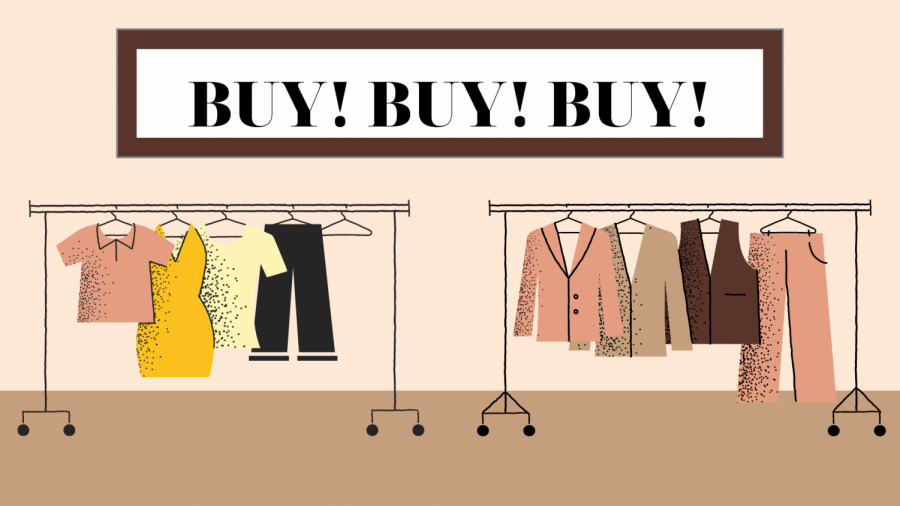 Fast fashion has always been a central part of pop culture. As fashion trends trickle down from the runways and closets of the fabulously wealthy, there’s no doubt about the power of accessible, trendy clothes for the general public. But the rate at which the general public has cycled through trends has increased alarmingly in recent years, causing consumers to shift their mindset about the clothes that they wear.

With social media, it’s easier than ever for consumers to feel out of fashion when new products are pushed into their faces on a daily basis. Fast fashion companies are able to capitalize on this feeling; putting out hundreds of new styles to their shelves for enticingly cheap prices. However, “trendy” pieces like crochet dresses, fuzzy purses, and patchwork jeans can quickly become old news, leading consumers back to where they started. Even if they’re lucky enough that the cheaply-made garment has been able to last for several wears, oftentimes what happens is that clothes are just discarded into the trash when they’re deemed “unfashionable.” The Business of Fashion’s 2019 report found that three out of five fast fashion garments end up in a landfill within a year of its purchase.

Just to clarify: the problem isn’t simply with buying fast fashion — it’s the gross overconsumption of clothing. Not only is it damaging to the environment, but when purchased in mass amounts, it’s unlikely that every article of clothing will even be worn.

With its sheer prevalence in society, it’s nearly impossible to completely cut fast fashion out of your life, but there is still a way to remedy the issue. One of the most sustainable things a customer can do is to take control of their fashion choices and curate a personal style that won’t shift as they swipe to see the next Instagram clothing trend.