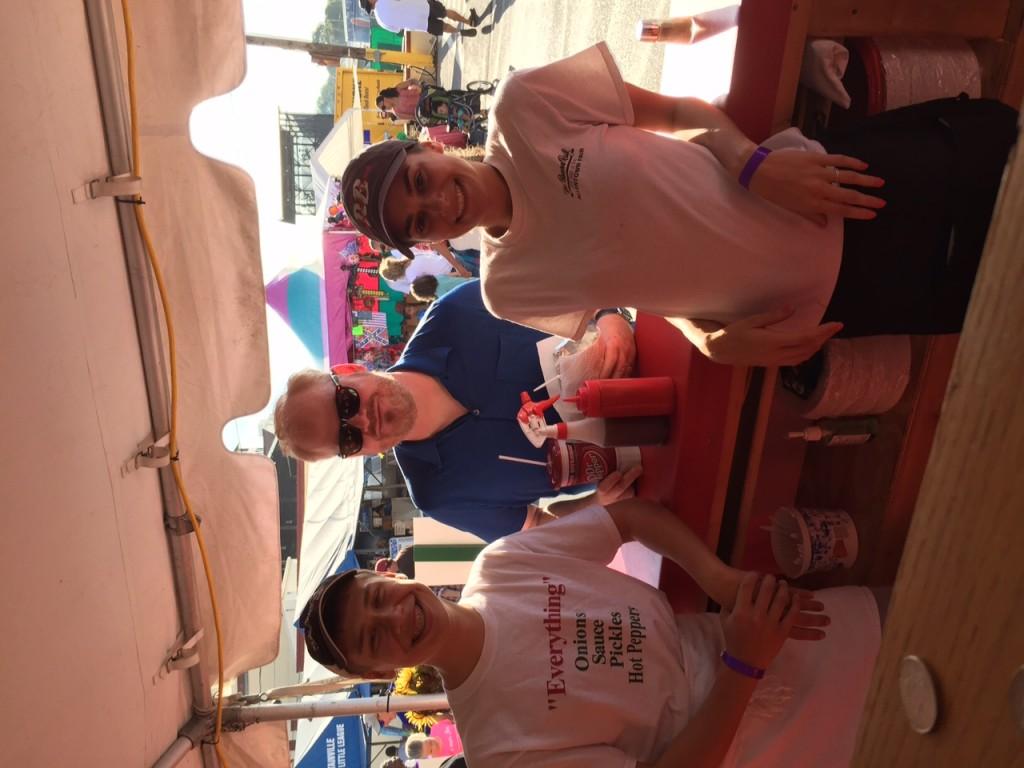 Gaffigan strikes a pose with Shimer and his co-worker