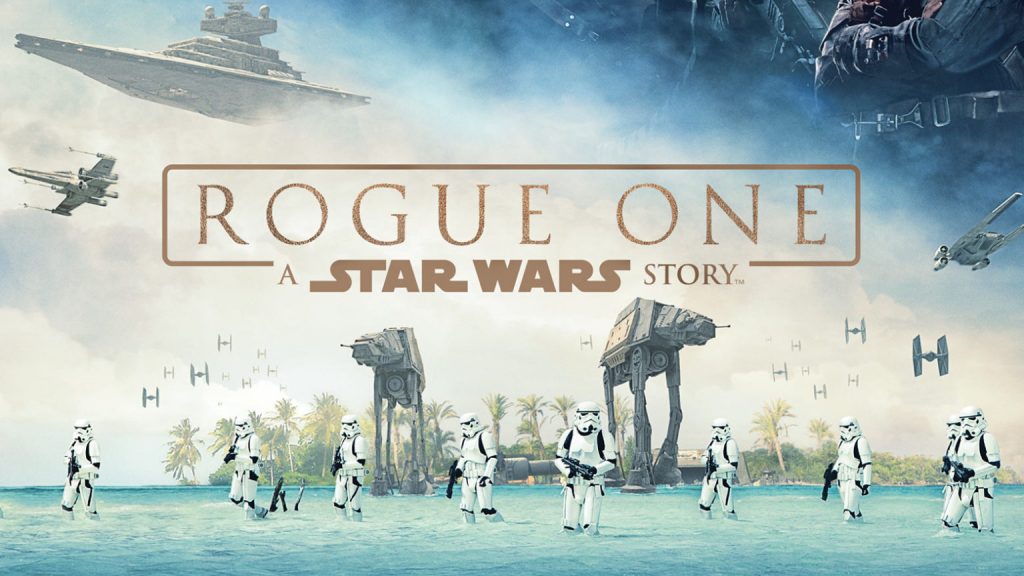 “Jyn Erso is Rey’s mom!” was the theory I heard continuously the first time I saw “Rogue One: A Star Wars Story” when it was released on Dec. 16.

Of course, I saw it again the next day. How can a Star Wars fan stay away from this strong series of releases that are so highly anticipated by the public?

In fact last year, producers held a private screening of  “The Force Awakens” for a terminally ill person who didn’t think that he would make it to the moment it would be released. He loved it. Again Lucasfilms has continued this tradition with “Rogue One” this year for another terminally ill man, who watched it just days before he passed.

George Lucas, creator of the Star Wars saga, also receives a private screening of the recently-released  movies. He loved “The Force Awakens,” but then changed his mind two months later. As of now, Lucas still likes “Rogue One,” and I definitely agree with that.

I would like to clarify that the quote from Mon Mothma: “Many Bothans died to get us this information.” This is not a spoiler for “Rogue One” because this movie is based on the first Death Star. I’ve heard so many times that this quote in “Episode IV” ruins the movie, but it’s in “Episode VI” when they are talking about the second Death Star. Also, as far as I now, there are zero Bothans in “Rogue One.” So, for those of you who watched the film and left saying there are no spoilers, you might wanna rethink that.

Rated PG-13, “Rogue” circles around how the rebels obtained the Death Star plans. Jyn Erso, the daughter of an ex-Empire architect, has been in hiding, but when The Empire finds him and takes him back, Jyn Erso lives her life knowing she may never see her father again. It turns out, her father is the reason for the creation of the Death Star. It’s up to her and a few others along the way to find the plans for the Death Star.

“Rogue One” was an incredible installment to the Star Wars franchise and it proves the saga has not lost its charm. The movie pays tribute to “A New Hope” by referencing the 1977 film a lot. The result? The audience loves it. They even brought an actor back from the dead with CGI. Plus, a young Princess Leia also makes an appearance.

At the end of the film, the entire theater erupted with applause. The film is almost not even comparable to “The Force Awakens” because the two are so different. “The Force Awakens” is a new twist on an old story, while “Rogue One” boasts a retro-styled effect because of the costume references toward “A New Hope.” The movie’s repeating line was, “I am one with the force and the force is with me.”

Darth Vader was literally breathtaking when he choked Director Krennic and said, “Be careful not to choke on your aspirations, director.” He was played by the original voice behind him, James Earl Jones and stands out as one of the best parts of the movie by far. It was exciting to know that I lived to see Darth Vader on the big screen.

Before I saw “Rogue One,” I rewatched “The Force Awakens” and when I did, I realized that C3PO and R2D2, the loveable droids of the franchise, are the only two characters that appear in every Star Wars film. They were in in “Rogue One” for a brief few seconds, and that got the audience excited knowing the streak is still going now.

The story line features numerous other cameos like this, but some would think only serious fanatics would understand the reference. That’s the only con of the movie that I heard so far — that only diehard fans of the saga would appreciate it, but I don’t think that’s true. I think this movie will make more Star Wars fanatics who can understand references like this in the future.

“Rogue One” has been getting phenomenal reviews with an 85% on Rottentomatoes.com, an 8.3 on IMDb.com, and a 66 on MetaCritc.com. It made $155 million opening weekend, more than the studio predicted. While I’ve seen the film twice now, I already plan to see it a third time because it was so good. It might be the best Star Wars movie ever, better than “The Force Awakens” at least.