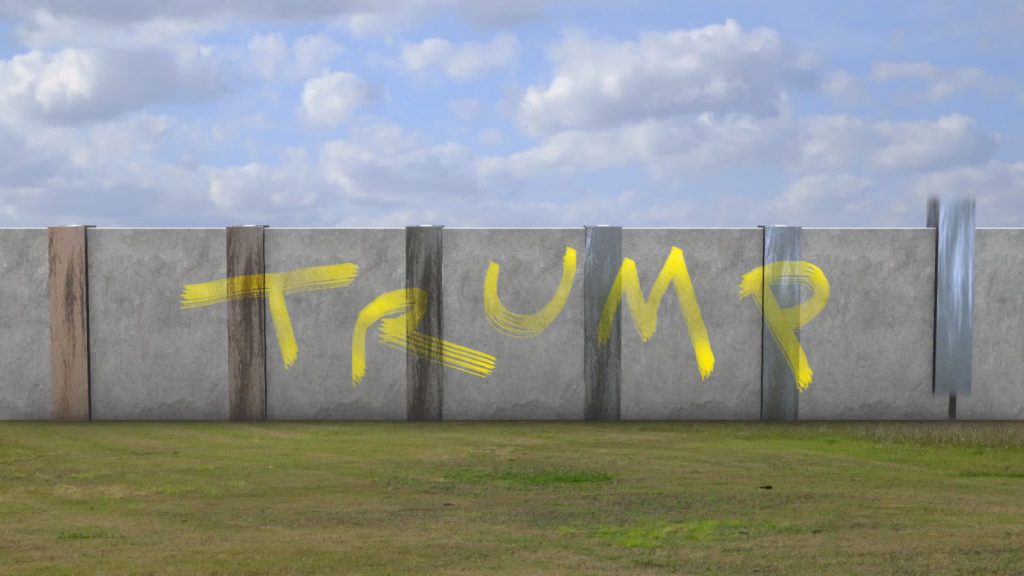 Now that Donald Trump is our president, we all, as American citizens, have one major thing that we need to worry about: how he’s going to decorate the wall between the U.S. and Mexico.

Naturally, such a monumental construction – I will refer to it as the Great Big Wall in deference – deserves proper adornments. For a wall that’s going to be able to be seen all the way from Venus, it should look downright gorgeous. We have the added advantage of not having to worry about cost, because Mexico is going to be paying for it all (along with paying off our entire national debt). However, controversy has raged over how exactly to beautify the wall.

Suggestions ranging from bedazzling the thing to “Trump should shove this wall up his ***” have been proposed, but Trump’s radio silence over the issue has neither confirmed nor denied anything. He wants a lot of time to contemplate the design, and his side projects – namely the signing of executive orders – have irked large numbers of people, who are no longer willing to compromise over what the Great Big Wall looks like.

“If he wants to go ahead and ban Muslims from the United States, then that’s fine,” ranted one protester. “But he damn well better listen to the voice of the people and make this wall red, or we’ll have problems.”

Because of the huge scale of the Great Big Wall, some think that the aliens might come out of the retirement they’ve been in ever since they built the pyramids and lend us a helping hand. I, however, don’t subscribe to this theory, because I don’t believe in aliens.

In my personal opinion, the wall should be a beautiful sunset yellow with blown-up photos of Trump’s tweets plastered intermittently across its length. No self-respecting illegal immigrant would defy the will of a man with such raw tweeting power. The real deterrents, however, will be the mile-long moat and roving band of trained Indian elephants that will patrol the wall.

Such a design would, in my opinion, put the Chinese and their “Great Wall” to shame, and serve as the proper display of force that we need to protect ourselves from the never-ending waves of  illegal immigrants.

Mr. Trump, the world is watching you, and hoping that you make the right choice here. Put yourself on the right side of history and just paint the thing yellow.