Despite some minor setbacks, West Side Story continues the EHS musical success 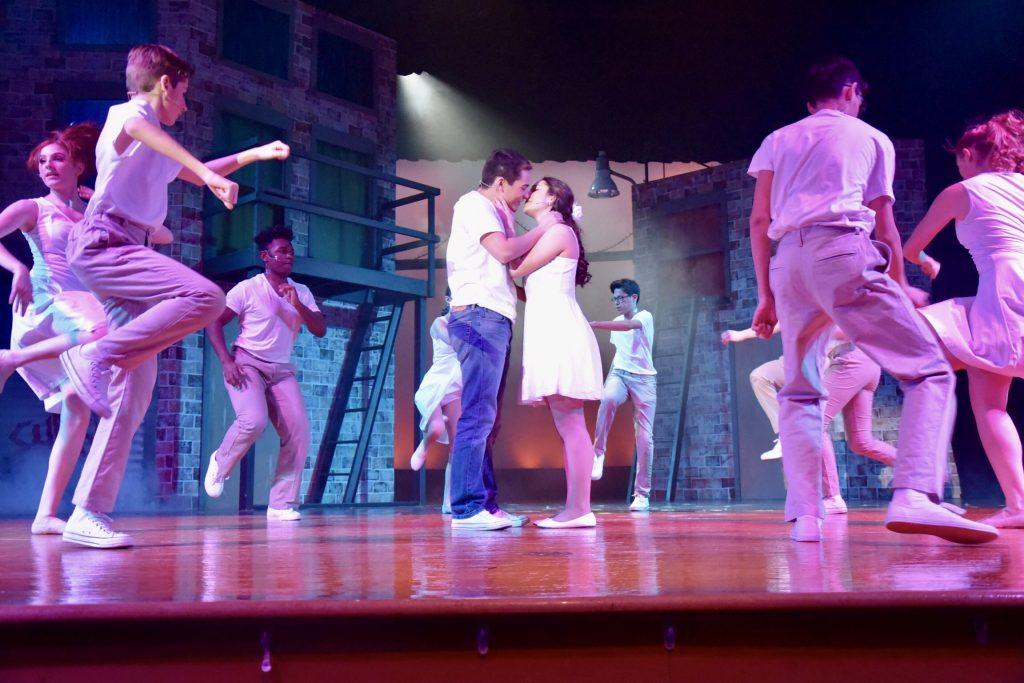 For the past few years Emmaus has produced many successful musicals, including last year’s “Miss Saigon,” which won seven Freddy Awards, and 2016’s “Once Upon a Mattress.” This year Emmaus brought the classic “West Side Story” to the stage, where it lit up many hearts.

“West Side Story,” based on Shakespeare’s “Romeo and Juliet,” shows the story of two star crossed lovers from two rival New York gangs, the Jets and the Sharks.

Right as the show began, the orchestra opened up with music from the 1961 movie “West Side Story,” which is based on the 1957 Broadway original; I felt as if I was standing in the musical because the Emmaus’ cast and crew were able to use the small stage and make it seem as if the audience was actually in New York City. The artistic director and producer, Jill Kuebler, was able to oversee the show in a wonderful fashion. Even though Kuebler did a lot of work, the students were the biggest part of the play that made it as great as it is.

The two lovers took the stage by storm.

Sophomore Alena Slak, who played Maria, was the best and brightest voice on the stage. She embodied the cute and innocent look of actress Natalie Wood, who played Maria in the movie, but Slak sang like she belongs on Broadway who performed the vocals.

Junior Sebastian Mora played Tony, a former Jet and best friend of Riff, leader of the Jets. Throughout “West Side Story,” Mora sang rather well, but he bobbled a few high notes in his solos, “Something’s Coming” and “Maria,” but in the end he made the audience fall in love with Tony’s charm. An important character was Bernardo, played by senior Jadel Contreras, who is an older brother to Maria, loving husband to Anita (senior Julia Norelli), and the leader of the Puerto Rican Sharks. Contreras sang and danced like nobody was watching as the lights lit up his face.

As for Norelli, she was an admirable singer and had the best Puerto Rican accent on the stage. She may not look the part, but Norelli definitely manifested the presence of a charismatic Puerto Rican. The Jet’s leader, Riff, played by junior Ryan Murphy, who started off the musical dancing in the “Prologue,” played a prominent voice in the first singing part of the musical, “Jet Song.”

To go along with the dancing, the actors in the limelight danced gracefully on the stage. The musical director/choreography coordinator, Rita Cortez, and choreographer, senior Luke Csordas, brought the stage to a whole new level with the cast of dancing around the small setting. They even added in “Ballet Sequence” to highlight the great choreographing styles of Csordas. This number provided extra time for the audience to feel awed by the wonder of this  musical.

One of my favorite parts of the whole musical was the costumes; costume design/coordinator Lori Ross was able to bring colors to the stage through wardrobes. The costumes from the show captured the differences between the Sharks and the Jets; the Sharks had red and purple colors while the Jets had blue and yellow colors. Overall, the aspects of a musical that usually get overlooked can make a huge difference. Emmaus’ “West Side Story” was definitely worth my time and money. Unfortunately, the show was only ran from March 22-26, but here’s hoping it wins a few Freddy Awards, especially after sweeping last year.  It was no wonder that every show sold out.