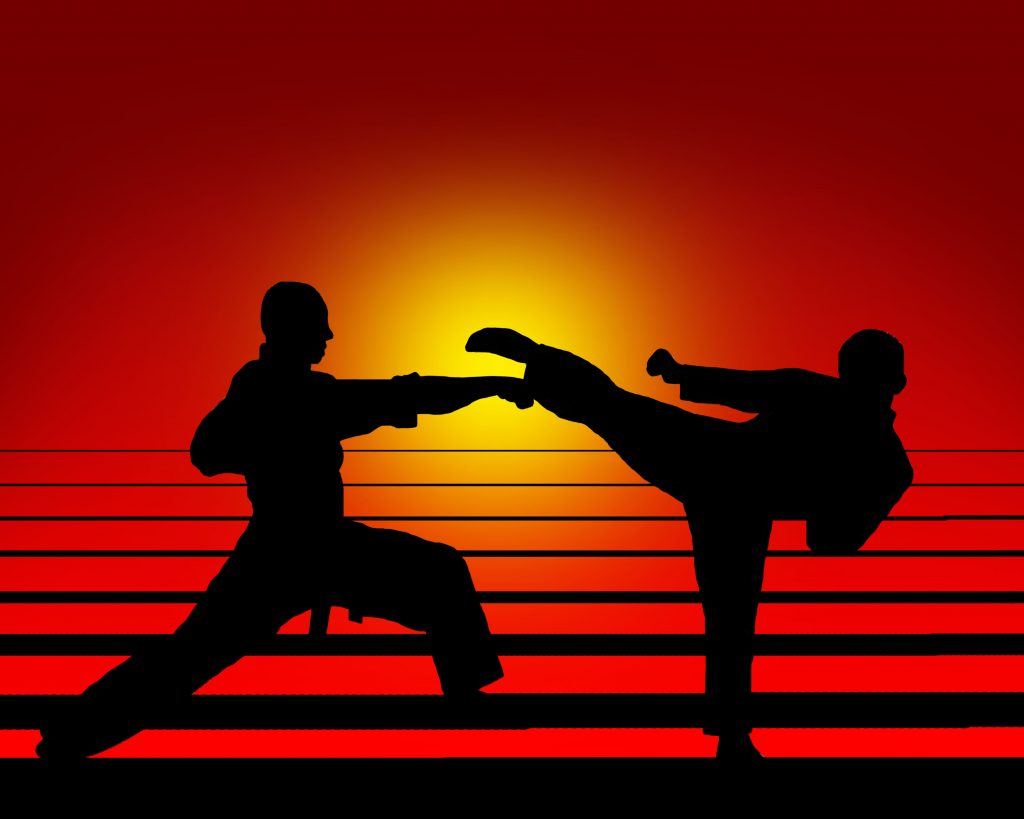 Students and teachers at Emmaus High School gain moral lessons, find themselves and grow their confidence by participating in martial arts.

History teacher John Gallagher began training martial arts 34 years ago. He practices Tang Soo Do, a form very similar to karate, and he has climbed his way to a sixth-degree black-belt. Gallagher teaches at the Bethlehem Martial Arts Academy, which he owns. Teaching at his own academy is what inspired him to pursue a career in education here at Emmaus, and he credits Tang Soo Do for helping him get to know himself better.

“I know how my mind works, [its] strengths and weaknesses,” Gallagher says. “It helps me stay calm.”

One of the many things that appeal to him about Tang Soo Do is the philosophy. It has two main principles: physical expression of the human instinct and spiritual realization that comes with character development.

Gallagher adopts its principles into his life as well.

“We have a philosophical belief that you should always be better today than you were yesterday,” Gallagher says.

Senior Ben Wilson also strives to be better every single day. He’s been participating in karate for five years and has a black belt from The Pennsylvania Martial Arts Academy. Wilson has won first place in kata (hand forms) at the Okinawa Isshinryu Karate Kobudo Association. Every time he competes, he wants to improve.

“There’s always more to learn. You’re never done,” Wilson says. “Every time you go to the floor, you have to re-earn your black belt.”

While dealing with young kids they can easily get out of hand, making them very hard to manage. Wilson teaches kids at his dojo three to four times a week. The discipline and patience he’s learned in karate have helped him take a step back and find peace with the immature children.

However, not all of his teaching experience has been negative.

The biggest thing he has taken out of his years doing martial arts is courage. Many teens struggle with positivity, but Wilson’s time at The Pennsylvania Martial Arts Academy has taught him to be himself.

“It helped me gain confidence and strength, [and become] physically fit,” Wilson says. “I’m confident and can stand up for myself.”

Junior Kevin Ge also feels that his time doing martial arts has helped him gain both physical and mental strength.

“Martial arts has helped me gain both mental and physical strength and it greatly fostered character development,” Ge says. “Aside from the obvious physical benefits, rigorous training also depends on perseverance, a main factor in mental strength.”

Ge has been doing Chinese Kung Fu for nine and a half years at Lehigh Valley Martial Arts in Emmaus. He doesn’t participate in competition but has achieved a fourth degree black belt sash, and he thinks that earning his black belt six years ago was his most memorable experience so far.

Ge takes pleasure in martial arts from the continuous knowledge and strength he can attain.

“My favorite part of martial arts is knowing that I can always learn something new and that it gives me endless opportunities to strengthen my body, mind and character,” Ge says.

He even thinks that the most rigorous training is good. Some people are turned off by the exercise, but Ge realizes its benefits.

“Even though the physical and mental strain might be uncomfortable in the short term, it is still beneficial in the long term,” Ge says.