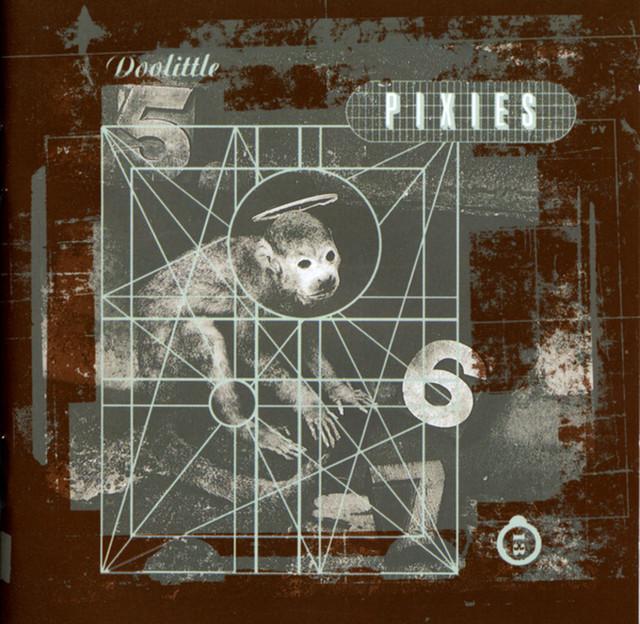 Thirty years ago on April 17 1989, the Pixies released their landmark album “Doolittle,” and rock music was never the same again.

The Pixies, made up of Black Francis (singer-songwriter-vocalist, guitarist), Kim Deal (bassist, backing vocalist), Joey Santiago (lead guitar), and David Lovering (drummer) wrote and recorded the album throughout 1988 with the help of producer Gil Norton. “Doolittle” builds upon the styles of the band’s previous two releases “Come On Pilgrim” and “Surfer Rosa,” splitting the track list evenly between the pretty, the nuts, and the pretty nuts. The record features all of the Pixies’ trademarks (among them the infamous loud/quiet/loud dynamic Kim Deal’s pristine backing vocals, and an overall manic performance from the band), while adding a grandiosity to the music, and lyrics scarce in their otherwise excellent early material.

The album’s opening song “Debaser” is somewhat deceiving with its bright, almost radio-friendly guitars, but overall it showcases the general dynamic between Black Francis, and Kim Deal’s vocals, as well as scratches the surface of the dark lyrics that appear throughout the album with lines such as “Slicing up my eyeballs, I want you to know, ” a reference to avant-garde film “Un Chien Andalou.”

After the final drum hit of  “Debaser,” “Tame” begins and shows the album’s true colors. Opening quietly while leaning on a bass groove provided by Deal and a strong beat from Lovering, Francis whispers condemning lines about self-absorbed college Bostonians before the Massachusetts native explodes into a psychotic refrain based around the title. This dynamic would prove to be one of the more influential facets of the Pixies sound coming into the next decade. The third song, “Wave of Mutilation,” follows a surf rock template accentuated by Joey Santiago’s leadwork, and the fourth track, “I Bleed,” is an obvious highlight, gaining volume, and intensity with each fragment.

The big “hit” off of the LP (no song actually reached the main U.S. Billboard charts), “Here Comes Your Man” is fairly pleasant and plays nicely as an introductory song to a listener unfamiliar with the Pixies, or ‘80s alternative music in general. The transition from “Here Comes Your Man” to “Dead” showcases the dichotomy between the pop-friendly, and the insane with great brevity, almost giving a first listener whiplash. Santiago’s guitar work on this song sounds less like a guitar, and more like the cogs of war turning — and Lovering and Deal lay down a rhythm that sounds similarly like the incessant march of soldiers to a battle. Francis delivers one his more interesting, intense vocal performances, as the lyrics suit the darkness of the music (“Uriah hit the Crapper.”)

“Monkey Gone to Heaven,” yet another “Doolittle” hit, warns of environmental issues, while the following track “Mr. Grieves” breaks all conventional rules of song structure in less than three minutes. “Crackity Jones” is a standard punk affair, and “La La Love You” gives Lovering a turn at vocals, leading into “No.13 Baby,” a highlight that showcases Francis’ storytelling talent. “There Goes My Gun” is one of the more epic-sounding songs on the album,  mainly because of Deal’s backing vocal hook, and “Hey” is one of the best songs of the genre, with an effective bassline coming from Deal, a classic Santiago guitar solo, and a wonderful rhythm part coming from Francis on the acoustic guitar. “Silver” is fairly out of place, and a general let down in the album (especially following “Hey”), and “Gouge Away” closes out the album in an explosive manner that leaves the listener wishing for anything, but the disc’s close.

Since the album’s release, indie musicians, and big name stars have touted its greatness.

David Bowie, a great supporter of the band, once said:  “I found it (the Pixies) the most compelling music outside of Sonic Youth, of the eighties.”

Luminaries from the decade following the Pixies included Kurt Cobain (who has famously said that “Smells Like Teen Spirit” was an attempt at biting their sound), and Radiohead. This wide-reaching influence is what makes the Pixies famous, but their music, which is both incredibly diverse, and entirely uncopyable, keeps their legacy alive.

“Doolittle” is their definitive statement, merging everything that makes the band great, while still maintaining near perfect quality of songwriting all throughout. It serves as a great introduction to the independent rock of the 80s, and showcases the pure creativity that can be found all throughout the various underground scenes of that decade. To all those that have not listened to it, and are considering giving them a listen, prepare for a paradigm shift unlike many others that one can find in music.