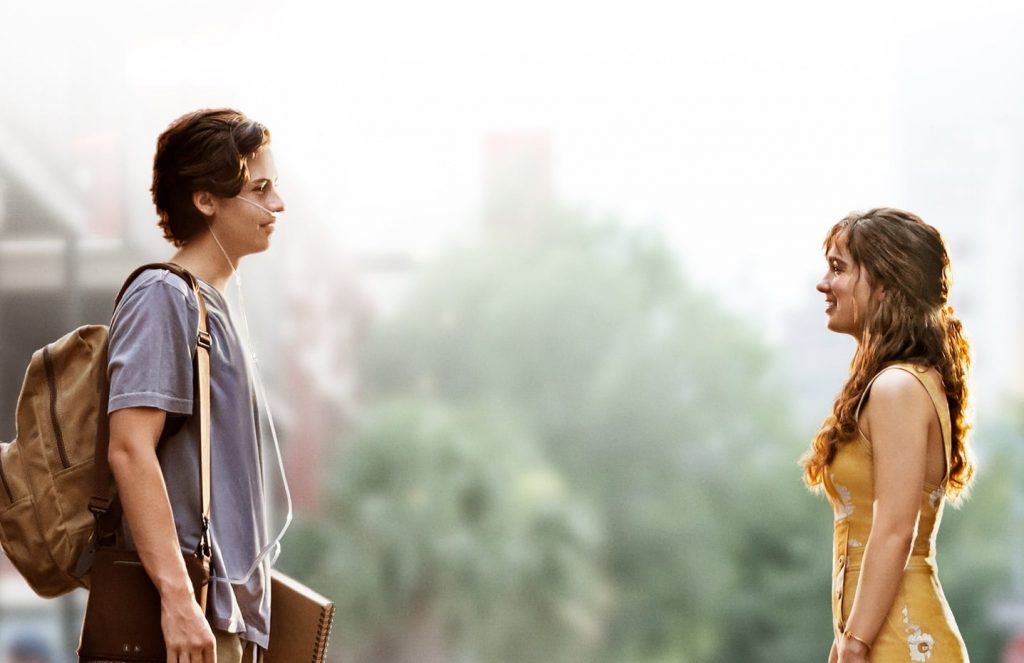 This year, Disney Channel stars across the nation take fans back to their childhood.

The Jonas Brothers released new songs, “That’s So Raven” rebooted, and Miley Cyrus decided on the iconic Hannah Montana hairstyle. Getting in on the action, Cole Sprouse (“The Suite Life of Zack and Cody”, “The Suite Life on Deck”) and Moises Arias (“Hannah Montana”) reprise fans’ nostalgia in their latest movie.

If “The Fault in Our Stars” and “Everything, Everything” had a baby, it would be “Five Feet Apart”. It captures the life of Stella Grant, a teenager living with cystic fibrosis. Cystic fibrosis is a genetic disease that clogs airways and causes infections in the lungs along with other issues that take their toll on the body. When Stella Grant visits the hospital due to a recent sickness, she encounters Will Newman, a participant in a new drug treatment for his cystic fibrosis and Burkholderia cepacia. This bacteria is highly contagious and spreads aggressively, furthering the importance for the two to stay apart. The comic relief of the movie, Moises Arias, plays Poe. He also has cystic fibrosis, and is Stella’s best friend. Poe lightens the mood in their tragic circumstances.

People with cystic fibrosis must stay at least six feet apart from each other at all times to avoid cross-infection. However, Stella decides that this disease has taken too much from her already and steals one foot back. She enters a relationship with Will, vowing to stay five feet apart instead of six. The hour-and-56-minute movie builds a flourishing romance between the two hospitalized teenagers as they constantly fight for their lives.

The captivating soundtrack adds to the character of the story. The original score written by Brian Tyler intensifies the emotion resonating through the audience even in the absence of words. Although out of the audience’s perception at times, the soundtrack adds too much to the movie to be ignored.

“Five Feet Apart” earns its PG-13 rating for thematic elements, language, and suggestive material. The intense romance portrayed left the audience uncomfortable at times and the visual insight on cystic fibrosis could leave younger audiences upset. On the other hand, foul language was not used often, but those sensitive to it may be offended.

Leaving the movie open for a sequel allows room for the audience to be confused. Concrete details were excluded and “what if” questions were left unanswered. It is unclear as to whether the metaphorical Romeo and Juliet get their happy ending, leaving a bittersweet haze over the theater. However, it is hard to be unsatisfied with the movie after the incredible performances of Cole Sprouse and Haley Lu Richardson. Their unbelievable chemistry lit up the screen.

The movie is a beautiful work of art that many could easily get swept up in. The world “Five Feet Apart” portrays allows the audience to feel the emotions conveyed on screen.

Rotten Tomatoes did not agree.

Luckily, the reviews did not manifest in the movie’s earnings. “Five Feet Apart” made $13.1 million in its opening weekend, nearly doubling its budget of an estimated $7 million.

Even though “Five Feet Apart” did not gain a lot of love from critics, the movie is a must-see. Visualizing all there is to be thankful for, it preaches living life to the fullest, because some do not get the chance to live theirs.