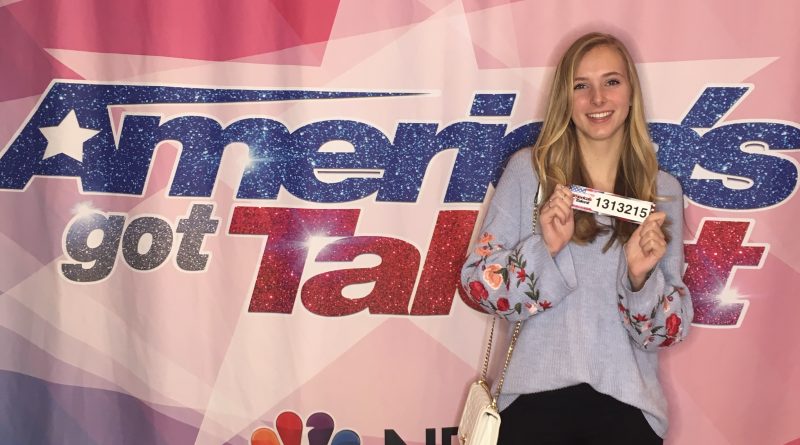 Ever since I was younger, I’ve always dreamed of going on one of those big singing shows like American Idol or The Voice. Little nine year-old me would dance around the kitchen holding a wooden spoon as my microphone as I belted showtunes.

Present day, that dream still hasn’t faded, though I’ve drifted away from singing. That’s why when I saw that America’s Got Talent was holding auditions in New York City in December, I jumped at that opportunity immediately.

The actual sign up process seemed a little too easy to be true, and in not even two minutes I had my audition all set for 10 a.m. on Dec. 17. In the few months leading up to my audition, I worked with my voice teacher to choose the perfect song that would provide that “wow factor.” I finally decided on the song Lullaby of Birdland by Sarah Vaughan, a jazz song that I was almost certain the judges hadn’t heard anyone sing yet.

Finally the day of my audition arrived and my mom and I made the trip up to New York. When we got to the convention center and entered the building, the jitters started to hit me. After taking approximately five million photos, I entered a room to wait for my number to be called.

I could hear hundreds of extremely talented singers practicing their songs and furthering my nervousness. I mumbled vocal warm-ups under my breath, afraid of other performers hearing me.
I had never been in a room so filled to the brim with talented people, and I have to say I was slightly intimidated. Dancers, singers, pianists, puppeteers, and even more obscure talents all coming together to showcase what they’ve got.

The hours passed, until finally they announced over the loudspeaker a range of numbers, a range that included mine. A group of about 150 people all bunched into a line as we followed a worker into a back hallway. The butterflies residing in my stomach felt like they were throwing a party and had invited all their insect friends.

Upon entering the hallway I made the mistake of thinking I was getting close to my actual audition, until I realized the hallway actually lead to yet another waiting room. It was a slight improvement from the previous one for it was much smaller, but the wait still lasted around an hour.

Finally, I heard my number called. The butterflies felt like they were threatening to escape from my stomach as I walked from the room with seven other performers. We were led to a big room with nothing but a few chairs, an X taped to the middle of the floor, and a single woman sitting behind a desk. I hadn’t realized up until this point that I would be auditioning with other people in the room.

The pressure was on.

The lady was all business, telling us we would only have around 45 seconds to perform our act. She then immediately called the first number to the X. A young girl walked to the front, sang until the woman raised her hand, and walked off. Another girl came and went, also singing. Then I heard my number.

I stood up and was immediately hit with shaky legs and a closed throat. When I say shaky legs, I don’t mean slight shudders. I mean tremors that make it hard to take multiple steps without my knees giving out. I feigned my confidence and introduced myself. I could barely breathe. It was hard to control my shaking legs and hands. My closed throat made it hard to swallow. When given the signal, I began my song.

Within the first few notes, the nerves were very evident. My voice had a slight shudder to it and it was very hard to project. I knew I needed to swallow, but I didn’t have a good time to. As I went to hold a long note, I felt my throat close up and the note cut off all because I had to swallow. Although I knew my audition was basically over after this mistake, I continued on as my voice got stronger and I felt myself get more into the music. The woman raised her hand and I walked away, feeling disappointment I didn’t know I could feel.

Sitting through the others that were left to perform, I felt disappointed and ashamed at my mistake, a mistake that could have been easily avoided. What I wouldn’t give to have one redo of my audition.

While I don’t expect anything to come from this, I still gained a very good experience and had a good time in the process. Results won’t be given until February, but when they are I expect an email that goes somewhere along the lines of “Thank you for coming out and auditioning, but we’ve decided to go in a different direction…” 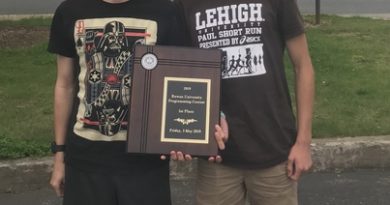 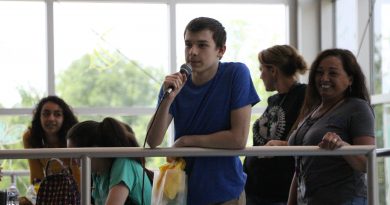 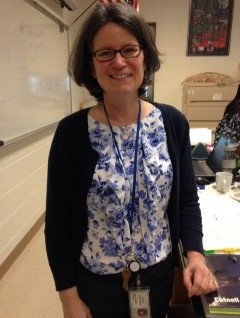