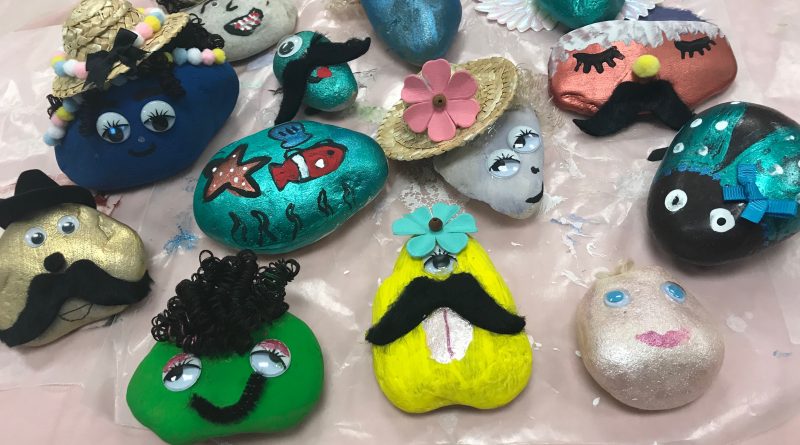 Following the end of WWII, the baby boom pummeled the 50s and 60s. But in 1975, the nation saw another increase in population, the birth of pet rocks.

The Pet Rock, founded by Gary Dahl, a freelance copy editor, dominated every 1975 kids wish lists and now the Emmaus High School library. Selling at some of the most notable toy stores of the century including Toys¨R¨Us and Gimbels, the Pet Rock retailed for $4 each. Within a year, Dahl sold over 1.5 million pets. Regular guy by day and pet rock entrepreneur by night, Dahl walked away with a small pocket full of around $15 million entering the 1980s.

However, this April, there has been a resurrection of the infamous creatures at the Emmaus High School library’s newly debuted makerspace.

Librarian Kelly Bower, the mind behind the rock renaissance, dove into the origin behind the makerspace where the rocks currently reside. Last school year, Bower pursued an action research project on maker zones in the high school.

Bower was “investigating,” if any other regional high schools partook in the makerspace dynamic. The idea of maker zones being popularly implemented amongst primary and middle schools, as she suggested. While trying to figure out how to adapt some of activities that are done for younger students to the high school level, the makerspace was born.

This year, the physical makerspace is an extension of Bower’s research project from last year. Every month, she caters to a unique skill set. April’s skill set is? You guessed it. Rock painting. 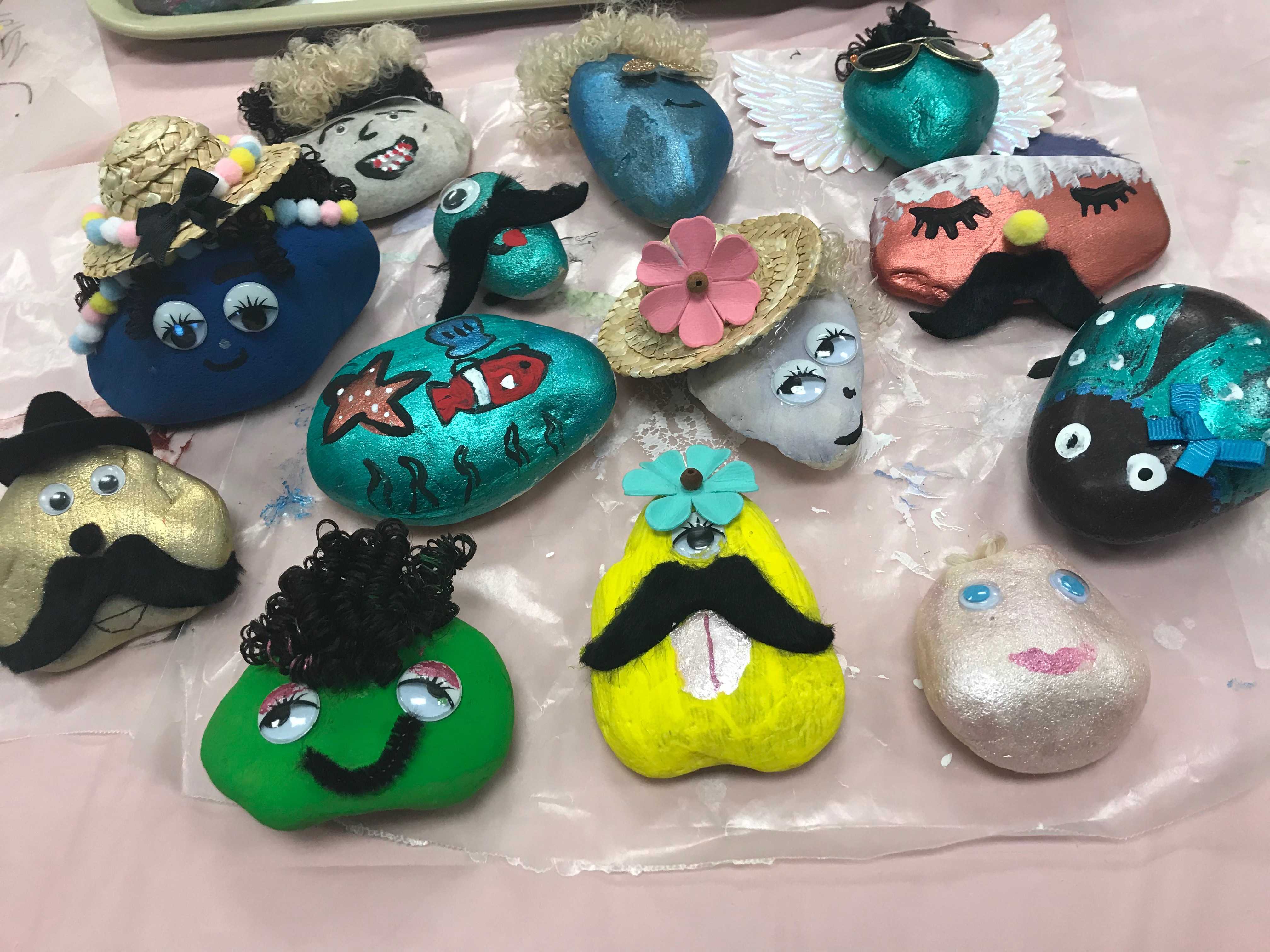 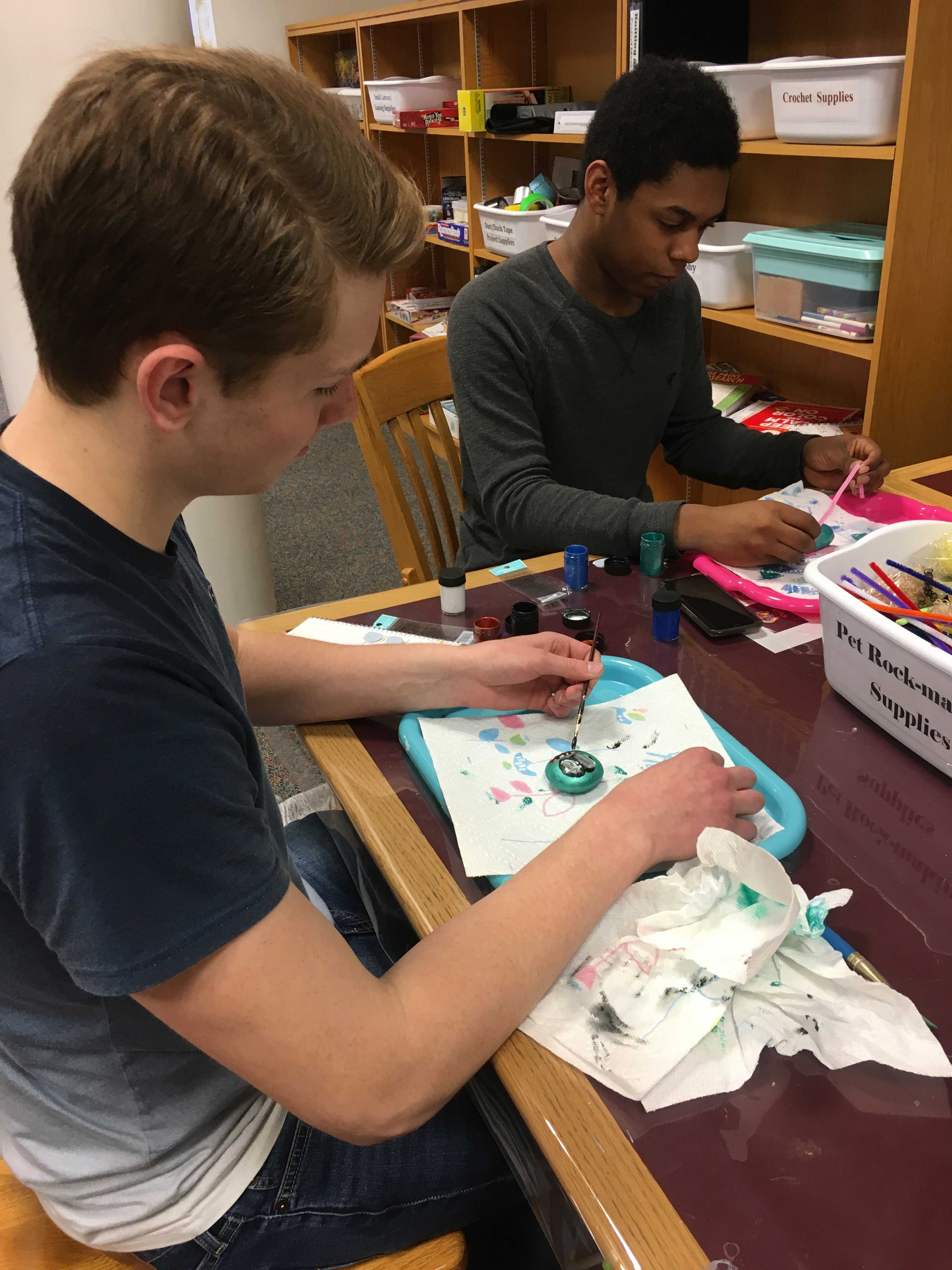 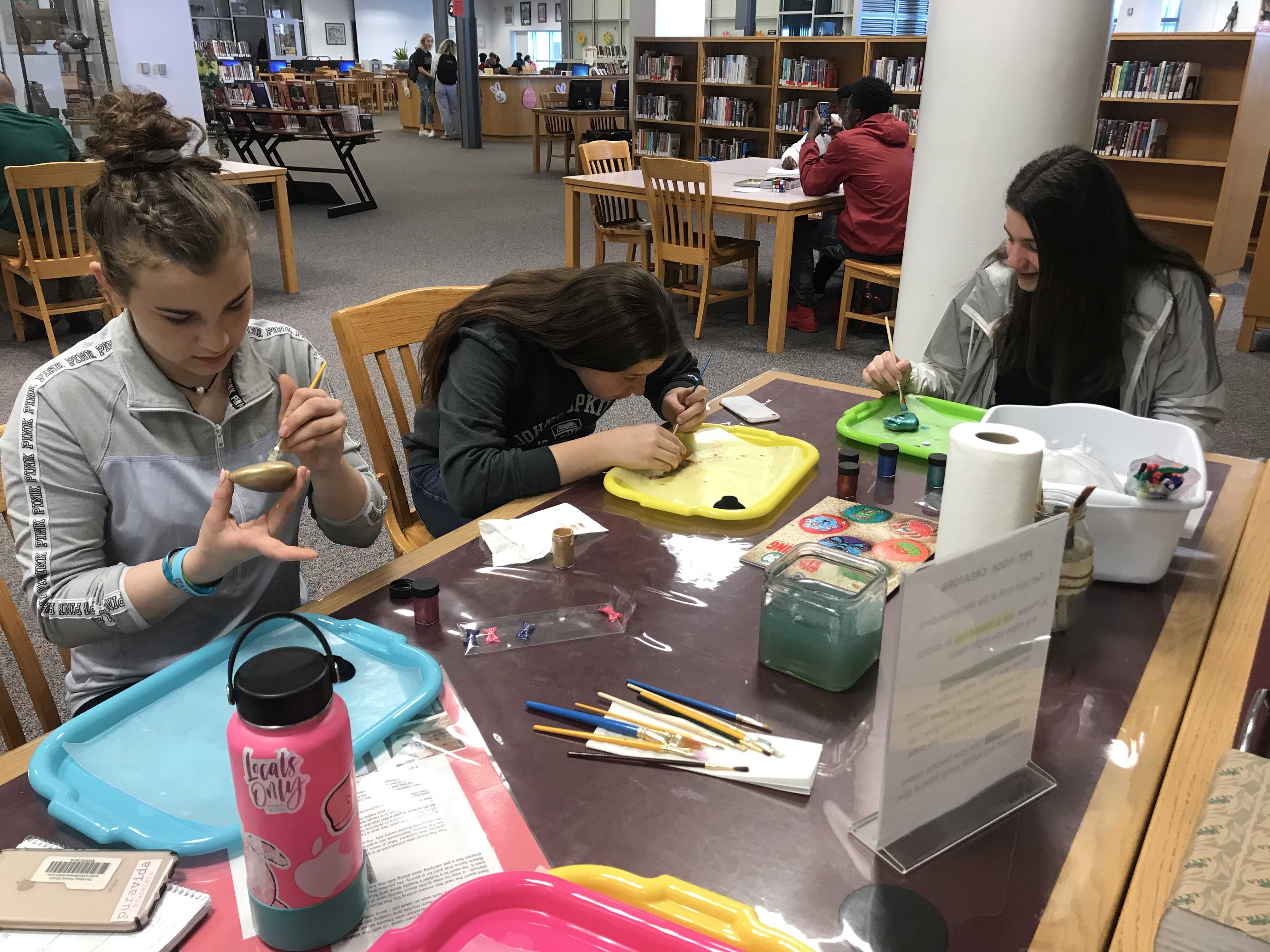 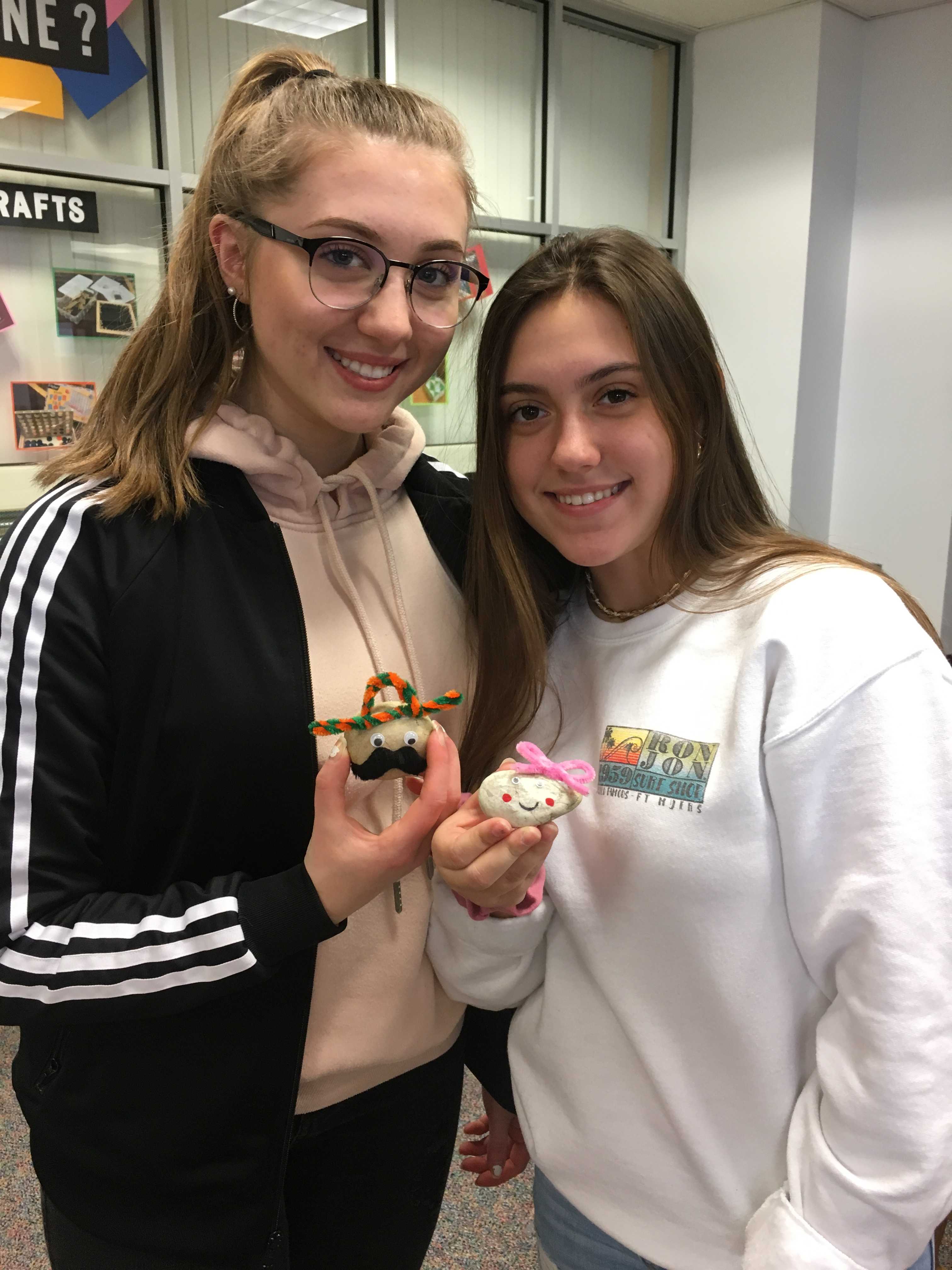 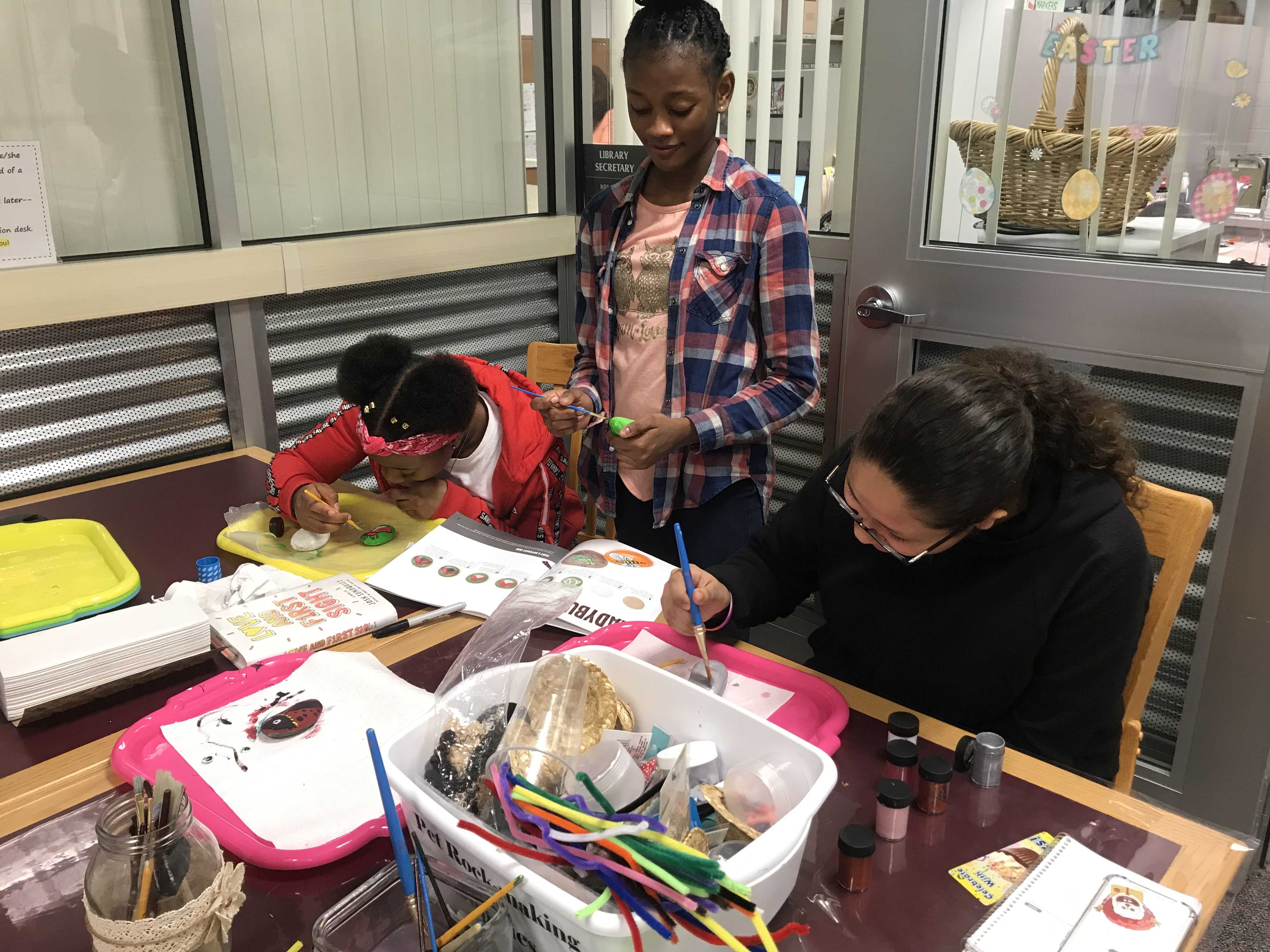 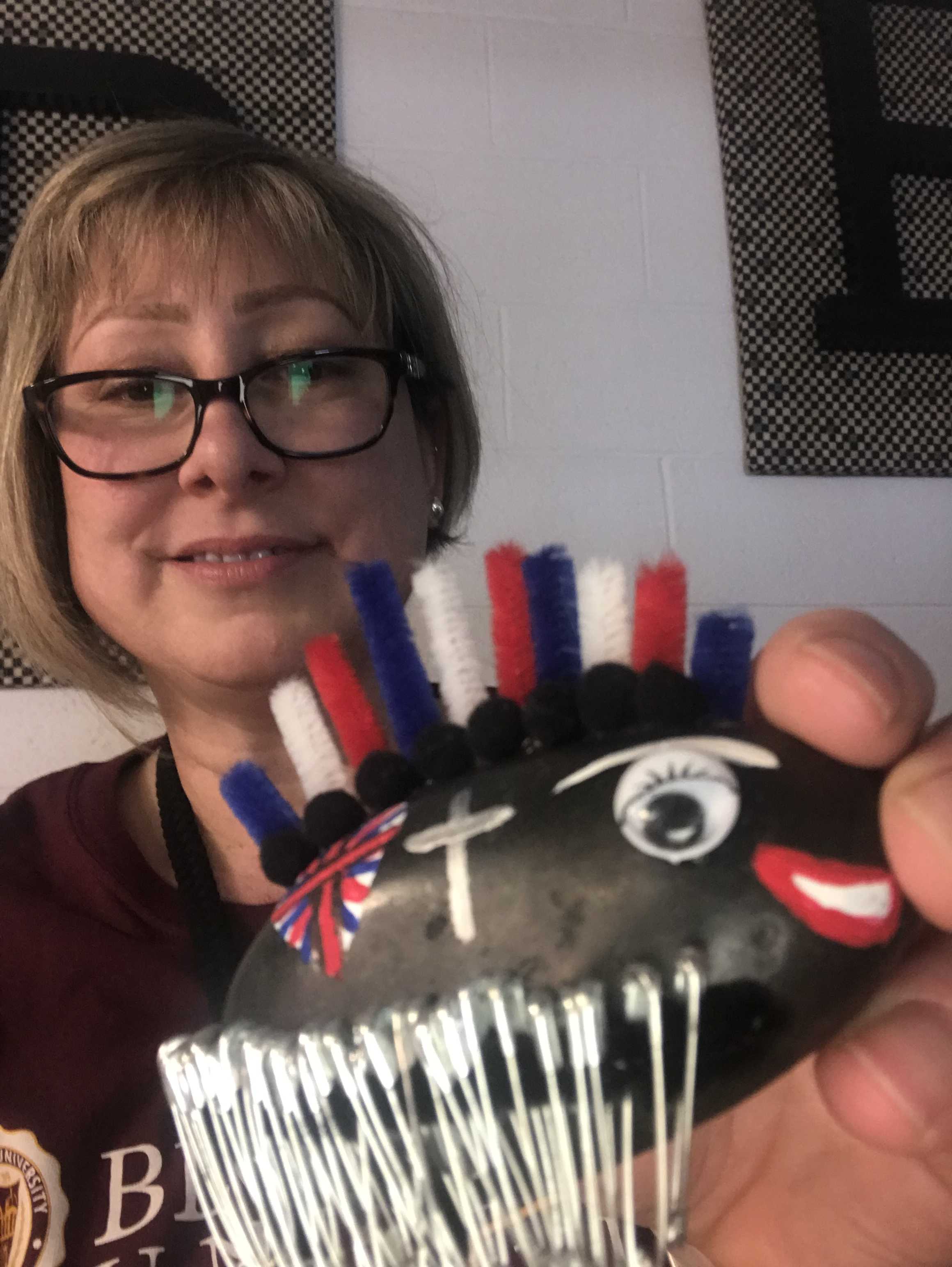 An enthusiastic Bower then pulled a perfectly manicured binder seemingly out of thin air.

She delved graciously into her plans for next year, and the glow of her smile illuminated her various papers. She was flipping through pages of plans for past and future makerspace activities paired with pictures of craft-crazed students and staff. Throughout the year the makerspace has designated each month with a different activity catering to different interests, premiering September with the ever-popular educational gaming; October focused on kinesthetic and fine motor skills with construction/building; November dominated with puzzle making; December spotlighted paper manipulation, abetted by, what one could say “origami master” president of Origami club, Hikari Inaoka. Yarn art, knitting, crochet, and pen art/calligraphy were the focus of the winter months. In March, students engaged in the art of duct tape. In April the Pet rocks were born and May will finish off Bower’s portfolio with stamping and stenciling.

She is building this project to show Dr. Kate Kieres, EHS principal, that the portfolio is an option for observations, as well as a viable activity alternative for high school students.

“This is what I’m trying to prove to [Dr. Kieres], that it’s been very successful, that maybe we’ll get budgeted a little bit more for, this project is my proof,” Bower explains. “I want a project,” says Bower throwing her hands up in the air, “[and] kids want to see what’s next.”

Despite the success of February’s Valentine making session, the pet rocks have stolen the spotlight and continue to outshine this year’s previous crafts. The kickoff of the event was on April 2, and already, up to 95 students have contributed to the pet rock conception with more participants anticipated before the end of the month. Although painting a rock blue and slapping a mustache and googly eyes on it with some Elmer’s glue from the downstairs art room may seem insignificant, the creation is more than what first meets the eye.

The goal is to teach students while, at the same time, letting those who may not have a chance to be creative have a relaxing outlet to do so. And even throw in a quick historical lesson on Gary Dahl and his “pets” while you’re at it. It really is all in good fun. And the incentive behind the pet rocks couldn’t be anything more than pleasant. Making a pet rock is about, to both the community and the library staff, community building through pleasant and simple craft making.

“In 10 years when [students] are at their high school reunion they’re not going to go, ‘Oh my gosh, remember when we did Romeo and Juliet?’ Nobody’s gonna say that. What they’re gonna say is, ‘Do you remember when we met in the makerspace and we made those pet rocks?’” Bower said. “That’s what they’re going to remember. You remember the connections and the good feelings more than you remember the academics. So if I can do that, if [the staff] can do that here [at EHS], I’m a happy girl.”

The pet rock space will be available in the EHS library makerspace until April 30. 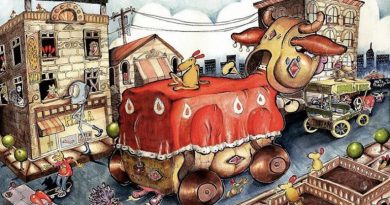 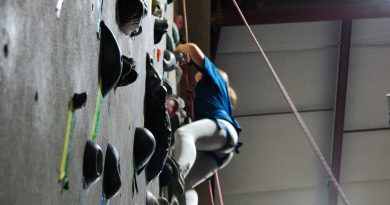 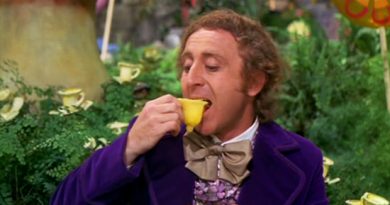