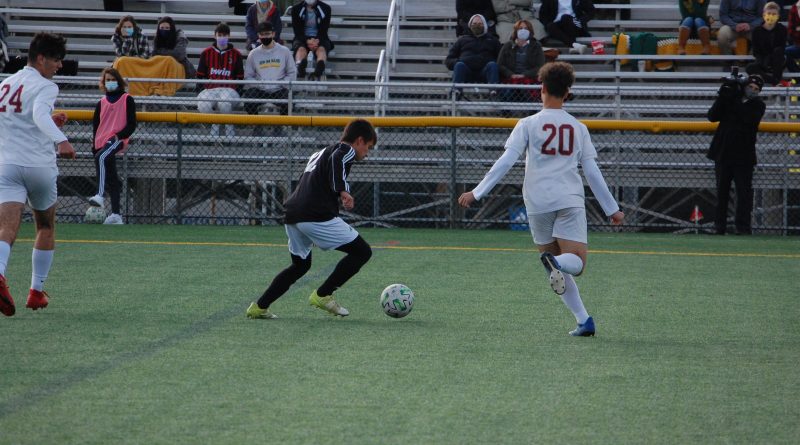 For a brief time last Saturday, the Emmaus boys soccer team held the title of district champions, simply because Nazareth shut down due to COVID.

But by Sunday, Emmaus learned the Hornets would have to return the medals and return to the field to vie for the title because Nazareth’s athletic director Ray Ramella found a way to allow the Blue Eagles to compete.

So, this past Tuesday, the Hornets had the chance to win back-to-back titles, if they could secure a win. But Nazareth was not going to go down without a fight.

“It was hard to be given a trophy and have to give it back, but we are happy to be playing the game,” said head coach John Cari, who recently became the winningest soccer coach at Emmaus. Cari looked to add a 17th district title as well to his record.

The score remained 0-0 after 80 minutes and headed into OT. Here, both teams focused on attacking the net, as first to score wins. Yet again, it was the defenses coming out on top. In the second overtime, that would change.

Emmaus had a corner four minutes into the second OT, and EHS’ Patrick Walsh served the corner into the box. It headed out to Emmaus senior Hudson Peck who took a one-time shot, and it deflected off teammate Nate Romig into the net. Romig would be credited as the goal scorer, and Emmaus claimed victory, securing its second straight district title.

“I was ecstatic when I saw the ball go in the back of the net, and I was happy I got to score the winner,” Romig said.

“Nate was a starter early on in the season but lost his spot midway through the season, but his response to that was fantastic,” Cari said. “He worked so hard today and earned this moment, and it’s something he will remember forever and I’m super proud of him.”

Up next for the Hornets is the first round of the state playoffs. Emmaus will host La Salle College High School on Saturday at 3 p.m.. Emmaus lost last year in states to Lower Merion 1-0 in the final seconds of the game; they will hope to get states started this year with a win this weekend. 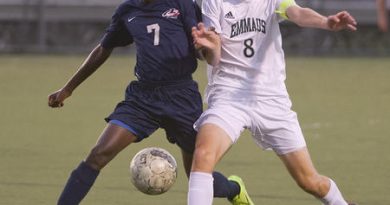 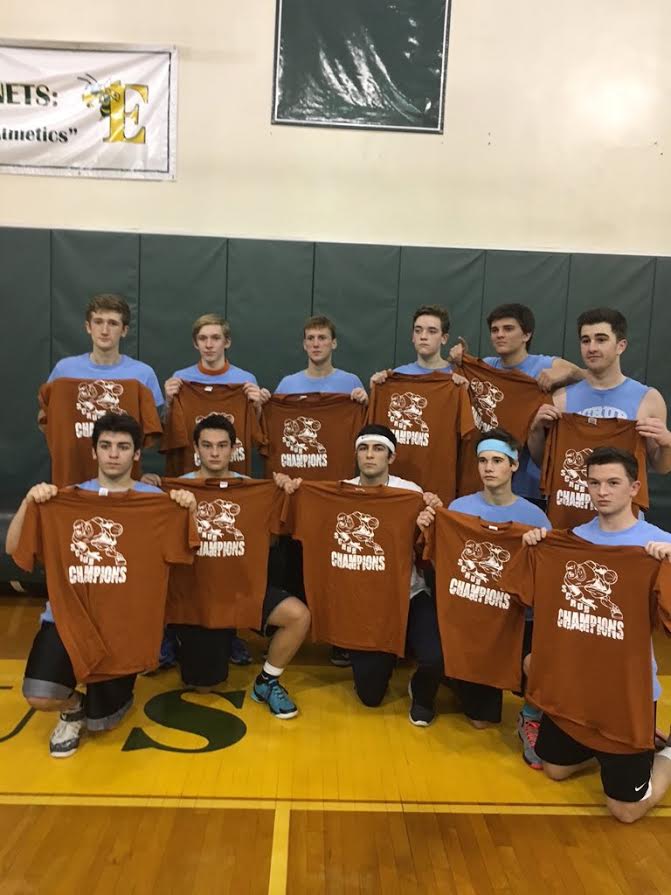 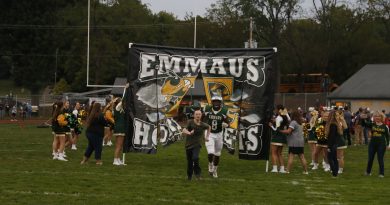