In a world where spectacle is prioritized over substance, Extraction feels like the most obvious outcome for a stunt coordinator turned director who’s given a mid-range budget and the freedom of an R rating.

Available to stream exclusively on Netflix and written by Joe and Anthony Russo, a pair most famous for their work in the Marvel Cinematic Universe, Extraction appears to be the kind of film one would receive from anyone who takes the “Call of Duty” videogames just a little too seriously. It’s filled to the brim with a healthy serving of blood-pumping action set pieces, yet it’s also veiled by the most insufferable self-importance possible. A film which features Chris Hemsworth chugging a bottle of beer and immediately jumping off a cliff doesn’t need to be this somber. Yet for some reason, instead of a short, action-packed romp through a foreign country, audiences are instead given an amalgamation of the very worst the modern war genre has to offer.

Boasting the same subtlety as breaking a man’s neck with another man’s dead body (yes, that really happens), the Russo brothers tried very little to create an emotionally compelling story. As previously mentioned, the film spends far too much of it’s excessive runtime (it’s only two hours long, but in reality this story warrants something closer to 90 minutes) establishing weak, one dimensional motivations. Chris Hemsworth’s character, Tyler Rake, wants to save the kidnapped child because he wasn’t there for his child. Randeep Hooda’s character, Saju, wants to save the kidnapped child because his own child’s life depends on it. Upon surface level examination, a pattern quickly emerges. The Russo brothers are far from the best at crafting compelling, three-dimensional characters.

Despite all of this, one must acknowledge one of the better aspects of the film: the action sequences, and more specifically, one that many critics will likely mention in their reviews. The sequence in question comes right around the end of the first act, and is composed of multiple longer-than-normal shots stitched together to create one absurdly-longer-than-normal shot. After the success of 1917, a film made to look like one giant long take, it’s clear audiences enjoy the spectacle of such a feat. And thankfully, the long take in Extraction is as impressive as anyone can hope, combining a car chase, a foot chase, a knife fight, and multiple gunfights. The entire sequence clocks in at around twelve minutes, and is so fantastic it just might warrant watching the rest of the film.

Seeing as the director, Sam Hargrave, comes from a stunt work background, it’s no surprise that the stunts on display in his directorial debut are some of the best in recent memory. While more and more films are featuring expertly choreographed action sequences, it’s still a wonderful breath of fresh air to witness a fight scene free of the shackles of shaky cam and quick cuts. In this way, Extraction is a very important film for the evolution of the modern action genre. While it hardly stands as tall as its contemporaries (the John Wick and Mission: Impossible franchises), Extraction is still a massively entertaining spectacle which demonstrates the benefit of going the extra mile in crafting fight sequences.

Keeping all of this in mind, the film proves to be a disappointingly wasted opportunity. In a world where audiences love movies that just want to have fun, it’s awfully annoying how hard Extraction works to squeeze out any wonder. Instead of bringing some levity to the script, Hargrave ended up crafting a film audiences have seen countless times before in one way or another. Aside from the impressive long take sequence, the entire film radiates an apathetic energy. While it’s disappointing to say, the film lacks any motivation to rise above the films of its genre.

By the end of the film, instead of feeling satisfied, viewers will likely think nothing more than “yeah, that was alright” and move on with their day. And what makes this even more disheartening is the film’s massive potential. With a crew overflowing with talent, it isn’t a stretch to think Extraction could have broken the mold and delivered a unique action film for audiences to love. Instead, Extraction is simply another example of wasted potential on the filmmakers’ part and wasted time on the audiences’ part. 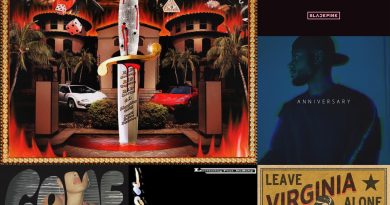